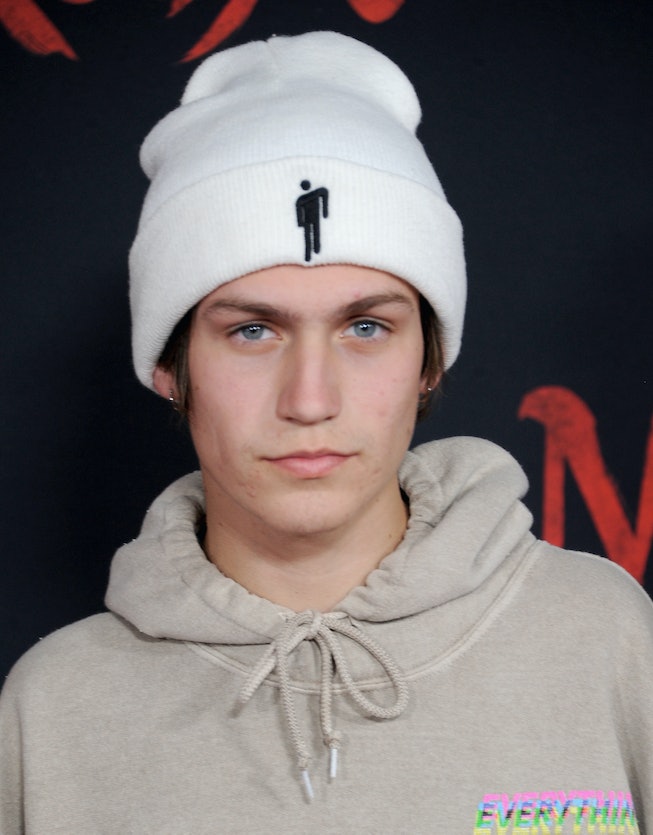 After firmly cementing himself as pop-punk’s bonafide heir apparent over the past year, Lil Huddy is finally ready to introduce the world to his anticipated debut album, Teenage Heartbreak.

The 19-year-old viral star detailed the project on his Instagram on Friday after a weeklong tease during which he announced his first live show and album release party, and latest single “Don’t Freak Out” featuring Iann Dior, Travis Barker, and All-American Rejects’ Tyson Ritter.

Now, we know when the star’s debut project is finally arriving: September 17 — and from the looks of everything so far, it’s going to be a bonafide pop-punk throwback.

Below is everything we currently know about Lil Huddy’s debut album.

Teenage Heartbreak is out in September

The release date for Lil Huddy’s debut album is here. Teenage Heartbreak, a pop-punk album title if we’ve ever heard one, will arrive this fall on September 17 via Geffen Records.

“Words can’t even describe how excited I am to share this fucking masterpiece with the world,” wrote Huddy of the project on Instagram. “i have never been this proud of an accomplishment of mine before and i know y’all will be proud too.”

Latest single, “Don’t Freak Out,” is out now

Lil Huddy has released his fourth single “Don’t Freak Out,” and dare we say....it’s the veritable Gen Z take on All-American Reject’s classic hit “Gives You Hell” though Huddy trades the angsty message of the original for his own lovesick musings.

Beyond the fact that the guitar line and chorus melody sound directly pulled from the 2008 track, the song also includes a shouty bridge from AAR frontman Tyson Ritter — surely in a pre-emptive attempt to avoid the courts — but we’re not complaining! Notably, both Ritter and Nick Wheeler, the guitarist and co-writer of All-American Rejects, bear writing credits on the new track. Meanwhile, Travis Barker accompanies on the drums, and fellow punk youth Iann Dior hops on too for a sweet little verse. It’s a pop-punk party.

The track is Huddy’s latest single from his debut album following previous releases “America’s Sweetheart,” “The Eulogy Of You And I” and “21st Century Vampire,” his first single.

Teenage Heartbreak will pay homage to his pop-punk heroes

If it wasn’t already evident from the guy-liner, chains, and the features he’s been recruiting for his songs, Lil Huddy’s debut album is all about mining the sounds of the late-aughts golden pop-punk era.

In an interview with NYLON, Huddy explained that pop-punk was the genre he grew up with, and that it seemed only fitting for him to adopt that sound to translate his own emotional turmoil now.

“I was raised on f*cking Avril Lavigne and My Chemical Romance and Blink,” he told NYLON. “I've always loved pop-punk. [It is] literally, above all else, the most serotonin-giving genre, the most authentic genre. It’s also something that's angsty and gives me something to talk about. A lot of the genre's about love and I’m a very emotional kind of kid. I have a lot to say, so I thought that would be the best way I could get my message across — if I did pop-punk.”

The genre’s biggest veterans have already given Huddy their blessings; Travis Barker and All-American Rejects’ Tyson Ritter already boast credits on the project.

Teenage Heartbreak will delve into Lil Huddy’s past relationships

What’s pop-punk without angsty stories about love and break-ups? Lil Huddy obviously did his homework as, he tells NYLON in an interview, the album will tell “the whole story of all the relationships I’ve been through, in no particular order.”

“I wanted to write one song about all of the pain that I had gone through in a relationship, which was ‘The Eulogy of You and Me,’” he explained. “And then I was like, ‘Well, I wrote one song about it. Why don’t I tell the rest of the story?’”

That apparently includes his relationship with fellow TikToker and ex-girlfriend Charli D’Amelio, whom he also recruited for the music video for “America’s Sweetheart,” his most-watched video to date.

Editors note: This article was updated on August 6 with new information about Lil Huddy’s debut album.