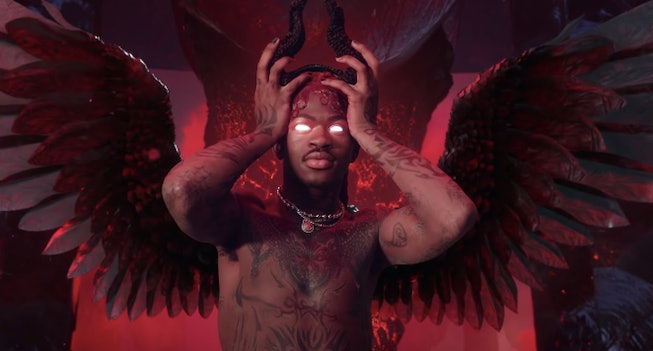 Lil Nas X evidently saw Cardi and Meg’s “WAP” video and said, “Hold my holy water.” The artist dropped his highly anticipated new single, “(Montero) Call Me By Your Name” on Friday, along with a video filled to the brim with sexualized Biblical imagery for all the pearl-clutchers out there to ponder.

Lil Nas accomplishes a lot in the 3-minute visual. He’s both Adam and the snake in the Garden of Eden, a shining purple angel ascending into heaven — before hopping onto a pole and sliding down to hell instead, and ends the whole thing by seducing and riding Satan before killing him and taking his rightful place on the devil’s throne.

Watch the video for “Montero (Call Me By Your Name)” below.