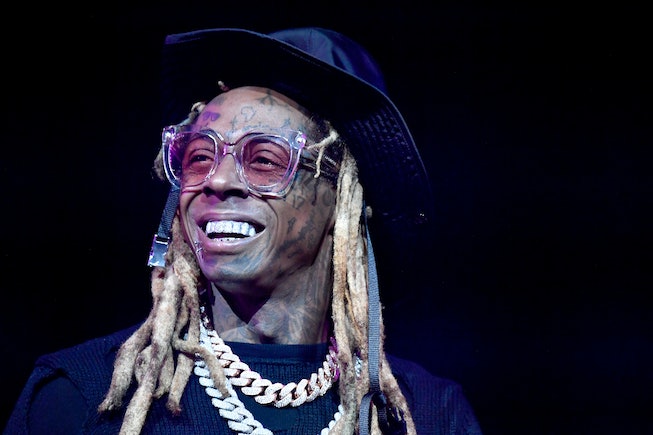 Believe it or not, the four, chaotic years of the Trump presidency are finally over. Much like the duration of his presidency, President Trump spent his final hours in throwing us just a couple more surprise curveball, as a treat. The subject of the president's potential pardons has long been of interest, particularly taking into account those that have shown him loyalty during his years in power. The results are finally in, and included in his clemency spree are rappers Lil Wayne and Kodak Black.

Lil Wayne, whose full name is Dwayne Michael Carter Jr., pleaded guilty to illegal gun possession on December 11, 2020, after a December 2019 arrest, and was facing up to 10 years in federal prison as he awaited his sentencing later this month. His 2019 arrest came after the rapper boarded a private flight with a loaded, gold-plated, .45-caliber handgun. A decade earlier in October 2009, Lil Wayne pleaded guilty to a felony gun charge as part of a deal with New York prosecutors after his arrest in 2007 outside of New York City's Beacon Theater in which a .40-caliber pistol was found on his tour bus.

"Mr. Carter has exhibited this generosity through commitment to a variety of charities, including donations to research hospitals and a host of foodbanks," read a statement from White House press secretary Kayleigh McEnany. "Deion Sanders, who also wrote in support of this pardon, calls Mr. Wayne 'a provider for his family, a friend to many, a man of faith, a natural giver to the less fortunate, a waymaker, [and] a game changer.'"

Lil Wayne supported President Trump in his 2020 reelection bid, praising him for his criminal reform efforts.

President Trump also pardoned rapper Kodak Black, who faced gun, drug and sexual misconduct charges after multiple arrests. He pleaded guilty in August 2019 to knowingly making false written statements when trying to acquire firearms from a federally licensed firearms dealer, and was sentenced to 46 months in prison on weapons charges in November 2019 by US District Judge Federico Moreno in Miami.

McEnany called Kodak Black a "prominent artist and community leader" in a statement. She went on to list his philanthropic highlights, which included buying notebooks for school children, providing funding and supplies to daycare centers, donating food to the hungry, annually aiding underprivileged children during Christmas, and donating $50,000 to restaurants in his hometown of Pompano Beach, Florida affected by COVID-19.