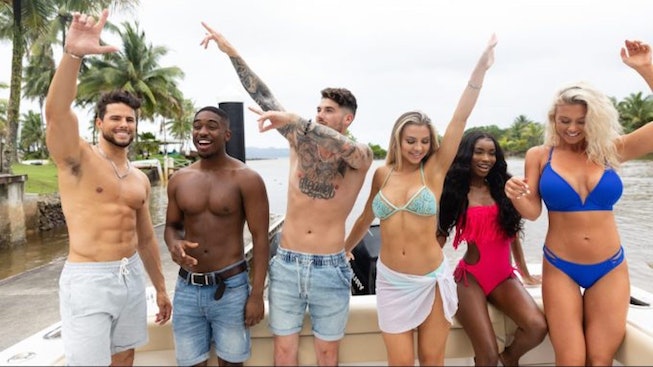 The U.S. production had to recalibrate due to the whole highly contagious respiratory virus thing. There will be no international exotic island villa for the young hotties this summer, especially since many countries have banned U.S. travelers due to the public health crisis currently raging across the country. Love Island contestants will instead report from Las Vegas strip hotel, which is very American in and of itself!

As reported by Vulture, the boutique hotel the Cromwell is currently closed to the public, which will likely make it easier for Love Island production and contestants to minimize their chances of contracting COVID-19. Everyone on set will be quarantined prior to production, and CBS has vowed that cast and crew will be tested for COVID-19 before and during production, and that crew members will work in pods to limit interaction between them.

NEXT UP
Culture
Phoebe Dynevor Will Not Return for Bridgerton Season 3
Culture
Succession Season 4 Trailer Explodes With Family Drama
culture
Anna Delvey Is Getting A Reality TV Show
A Night Out
A Night Out With Rachel Bilson
Style + Culture, delivered straight to your inbox.