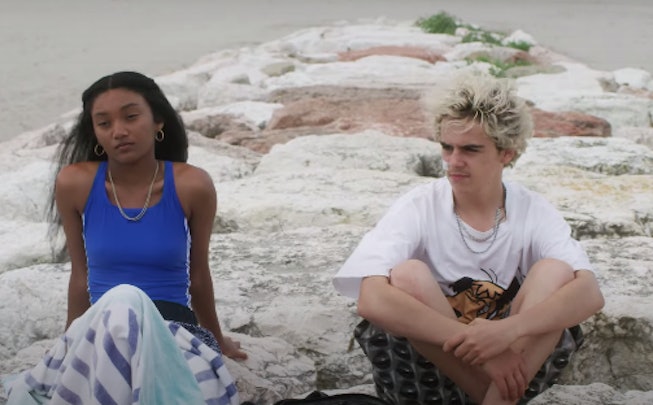 Director Luca Guadagnino is a sucker for any story with an American abroad. Call Me By Your Name? The queer coming-of-age tale of an American in Italy! The Suspiria remake? A horror film following an American dancer who enrolls at a prestigious Berlin dance academy, secretly run by a coven of witches! The man simply knows what he likes, and his next venture is taking his obsession to television with the new HBO series We Are Who We Are. What's it about, you ask? Oh, just a story about two American kids who live on a U.S. military base in Italy, of course! What else?

The trailer is brief, showing just 20 seconds of two teenagers sitting on rocks as other charge into the sea. "They think we're weird," one laments. "Does that bother you?" the other asks. HBO posted the trailer along with a cryptic tweet: "We’re going to wear our souls like a skin." Sounds like this show is going to be a deep look into the teenage psyche!

According to HBO, We Are Who We Are will explore themes of friendship, first-love, identity, and other beautifully messy hallmarks of teenage angst. Jack Dylan Grazer of the It remakes stars as the shy and introverted fourteen-year-old Fraser who's new to the base, opposite Jordan Kristine Seamón's Caitlin, who's lived on the base for four years, speaks Italian, and is seemingly adjusted. The series also boasts a stacked cast including Chloë Sevigny, Alice Braga, Spence Moore II, Kid Cudi, Faith Alabi, Francesca Scorsese, Ben Taylor, Corey Knight, Tom Mercier and Sebastiano Pigazzi.