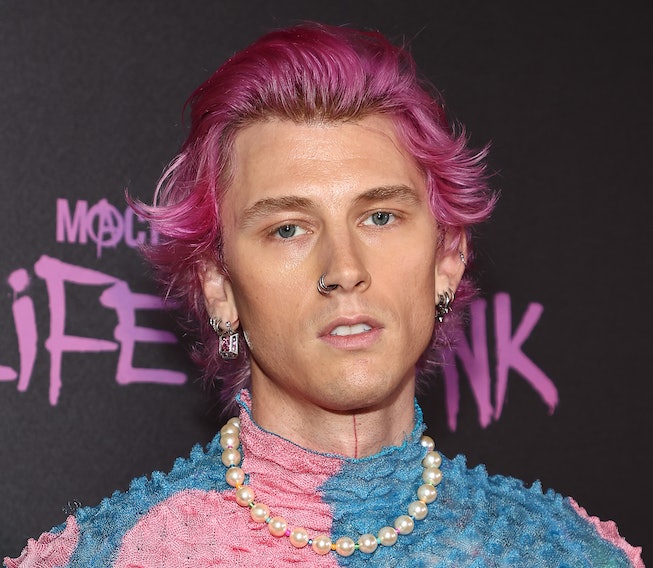 Machine Gun Kelly opened up about a mental health crisis in his new Hulu documentary, Life in Pink. The artist, whose actual name is Colson Baker, said he “snapped” while grieving for his father, who passed away in 2020.

During the documentary, MGK explained a tragic night that led to a suicide attempt. “I wouldn’t leave my room and I started getting really, really, really dark,” he said. “Megan [Fox] went to Bulgaria to shoot a movie and I started getting this really wild paranoia. Like, I kept getting paranoid that someone was gonna come and kill me.” At the time the musician said he was sleeping next to a shotgun, and one night “just fucking snapped.”

That evening he called his current fiancé and was upset that she wasn’t with him. “I called Megan. I was like, ‘You aren’t here for me,’” he said. “I’m in my room and I’m, like, freaking out on her.” It was during that conversation that the artist tried to end his life. “Dude, I put the shotgun in my mouth. And I’m yelling on the phone and like, the barrel’s in my mouth. And I go to cock the shotgun and the bullet, as it comes back up, the shell just gets jammed,” he said. “Megan’s like dead silent.”

After the incident, MGK decided that he needed help. “That was kind of where I started realizing, like, something’s not right,” he said. According to MGK, both Fox and his 12-year-old daughter asked that he work on his mental health. “They simultaneously came at me with this, like, ‘I want to be able to see in your eyes. I don’t want to be talking to you through a veil anymore,’” he said. “And I was like, ‘I need to kick the drugs. For real this time.’”

Since then, the punk-rocker has prioritized his well-being. In a 2020 profile with Interview magazine he said, “Currently, my drug of choice is happiness and commitment to the art, rather than commitment to a vice that I believed made the art.” In Life in Pink, he further explained that his relationship with Fox has aided his recovery, and said she became “the sun” to him.

The documentary, which is available to stream, shows the making of MGK’s last two albums Tickets to My Downfall and Mainstream Sellout. “That’s what helps me write those songs, ‘cause it’s just like every fairy tale that they never told you in school,” he says of his relationship. “The passion between us is just otherworldly.”