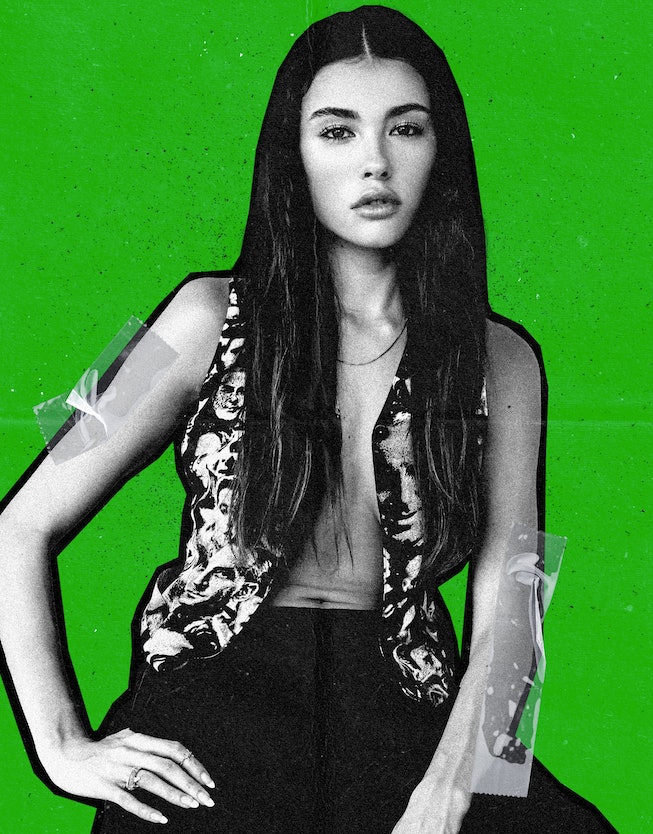 In August 2019, Madison Beer was diagnosed with borderline personality disorder. For a while, she kept her diagnosis to herself, opting to silently spend her time in therapy several times a week, where she could peacefully do the necessary work to address her mental health and overcome the suicidal thoughts she had been battling for some time in the process. For Beer, receiving the diagnosis was unnerving but quite healing, too. “I felt a weird sense of relief because, for a long time, I was like, ‘Am I crazy?’” she says over a recent phone call from her home in Los Angeles. “I just had a lot of self-doubt of, like, ‘Why am I the way I am?’ [The diagnosis] gave me a lot of actual insight and actually provided me with so much clarity and peace.”

After years in the spotlight — Beer first appeared on the scene in 2012 — the singer has experienced more than her fair share of negative attention, which explains her initial reluctance to share the details of her BPD with the wider public. “I was very intimidated to open up about all that stuff because I’m someone who gets accused of doing things for attention a lot,” she says. “I was just really nervous that something so personal to me and so serious and so hard was going to be made fun or that I was going to be bullied for it. I was like, ‘I’m still not 100% healed. I can’t deal with all that right now.’”

But she knew opening up one day would be necessary. She finally did in a pair of recently released songs. The ethereal “Effortlessly” details her history of self-harm in lyrics like “I hold my breath to breathe / Hurt me so I feel,” and dives into the real-life effects of struggling with depression and anxiety. On “Stay Numb and Carry On” she rhymes “Helter Skelter” and “cherry Alka-Seltzer,” as she reflects on how moments of intense emotion often spontaneously combust in ways she can’t always control.

The songs, each raw in their surprising vulnerability, appear back-to-back on the singer’s debut album, Life Support, out now via Epic Records. Beer’s mother, Tracie — her “biggest cheerleader for the past nine years,” she says — came up with the title, though she originally suggested the name for album track “Emotional Bruises.” Beer initially agreed with her mom, but later realized that Life Support was a more appropriate name for the project as a whole. “It was just a really tough time for me, and it was a time I was really finding myself,” she says about the period when she was finalizing the album. “I was going through a breakup. I was mentally drained and lost hope. Making this album was literally my life support.”

It’s an interesting time for Beer to be releasing a debut album. The singer, now 21, first gained recognition when she was only 13 years old. At the time, she was recording YouTube covers of songs by soul singers like Lauryn Hill and Etta James. It was a cover by the latter — “At Last,” in a video that has since surpassed 1.5 million views — that would kickstart her career, when she was discovered by Justin Bieber and subsequently signed to Island Records.

That early record deal would prove tumultuous, however, as executives around her tried to push her down a bubblegum pop route that she rejected at every turn. Even at a young age, Beer knew what kind of musician she wanted to be — and a Disney-fied pop star was not it. She frequently butted heads with the people in charge, and before long, she was dropped. Looking back at that time, Beer says, “I was like, ‘I got signed singing Etta James. This is the music I love. This is who I am as an artist. And now, all of a sudden, you guys are trying to get me skipping down a street drinking lemonade?’ It was bizarre. I was like, ‘Why did you sign me then? You could've signed any random girl and had them do this. I am not this.’”

Beer also knew about the permanence of a hit. “I was like, ‘If any of these songs do well, I'm going to be screwed because I'm going to have to literally perform them forever. They’re going to always be a part of my story,’” she lets off. “I was always very disturbed at that idea. I was like, ‘F*ck that. It’s not happening.’”

“I have an opinion. I have a f*cking loud mouth. I'm not going to be just quiet and not speak up when I feel.”

It may have taken a while to get here, but Beer is happy that she was given the time to finally release the debut album that makes her happy — to “really get in touch with my artistry,” as she explains. Life Support loosely takes the form of a concept album, broadly tracking Beer’s gradual realization that she’s been trapped inside a toxic relationship. (Fans quickly deduced that these songs largely reference Beer’s on-and-off ex of two years, Zack Bia, the 23-year-old club promoter known for running alongside A-Listers like Drake and Kylie Jenner — though Beer is quick to clarify that their split was amicable.)

The songs smoothly hop from one genre to another, and boldly take full command of her sexuality. The wordplay in her lyrics are also playfully clever. On “Blue,” one of the oldest songs written for the album, she sings about knowing when to leave a relationship with a catchy hook that repeats the line: “I know when to run / When my makeup does.” (It reminds one of Beer’s most popular singles, 2017’s “Dead,” which hinges on the impossible-to-shake lyric: “You say you can’t live without me / So why aren’t you dead yet? / Why you still breathing?”)

The album takes inspiration from musicians like Radiohead (“Stained Glass”) and Portishead (“Sour Times”) to movies like The Matrix and Alice in Wonderland. Beer has always held a special reverence for all things cinematic; the singer has 12 tattoos, all of which are references to movies and TV shows. It’s why she used a clip from Rick and Morty to close out “Homesick.” After having the “worst panic attack” from a weed high that resulted in “depersonalization,” Beer, who has since given up smoking, credits the zany animated series with helping to “take away so much of my anxiety.”

Toward the beginning of her career, Beer was plagued with accusations of receiving special treatment thanks to her good looks, which would later snowball into allegations of severe plastic surgery. On both accounts, Beer feels like she was treated unfairly. “I felt like I was constantly screaming at the top of my lungs, ‘Hey, I have more to offer than my appearance! I’m a musician!’” she says. “I would be called an influencer or a model in every headline, and I’d be like, I literally put music out! I don’t know why I’m not being taken seriously!”

Her notoriety also means that over the years, Beer’s gotten into hot water from one controversy or another, whether she was “romanticizing” the pedophilic relationship in Vladimir Nabokov’s Lolita or “staging” photos at a recent Black Lives Matter protest. In each instance, backlash was swift, which Beer chalks up to the public’s disdain for her from the beginning. “My platform felt more like a chopping block a lot of times,” she admits.

“I’d get confused. I’m like, do you guys want me to just be a sheep and say what you want to hear? And if I say anything even remotely controversial, I’m canceled?” she continues. “Well, that’s not who I am. I have an opinion. I have a f*cking loud mouth. I’m not going to be just quiet and not speak up when I feel.”

Recently, Beer’s begun to notice a slight shift in the culture, one that’s at least allowing her the grace to actually get ears on her music and not merely eyes on her scandals. “I do still feel like there are a lot of preconceived notions people might have about me that are unfair, but I don’t know if that’s ever going to change. It’s human nature,” she concedes. For now, she knows all she can do is keep releasing her music and simply let the work speak for itself. “If you give me a chance and I can prove myself, I think a lot of people will be pleasantly surprised.”

Life Support is available on all streaming platforms now.