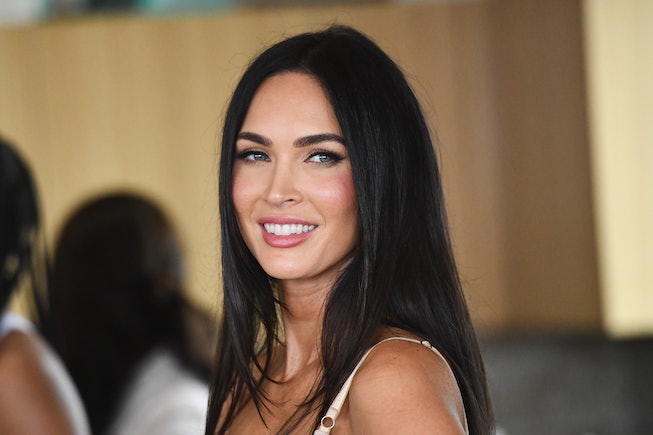 Megan Fox and Machine Gun Kelly (real name Colson Baker) have lit up tabloids with their compelling romance for the past year. The couple connected on the set of their upcoming movie Midnight in The Switchgrass, drawing attention from press and fans alike. And though their relationship has thrived under the public eye, it has also faced unjust scrutiny.

In an interview with InStyle, the actress revealed the media’s most bizarre critique of their relationship. According to Fox, the issue is rooted in their (mild) age gap, and the sexist positioning of her as an “older woman.”

“You want to talk about patriarchy?” she said to the interviewer. “The fact that he’s four years younger than me, and people want to act like I’m dating a younger man.” She added, “Granted, he's lived like he's 19 his whole life, but he isn't 19.” Baker is 31 and Fox is 35. Both are adults, and as Fox pointed out, they would’ve been in the same age group had they met as teenagers. “We would have been in high school together,” she said, adding, “That’s so ridiculous that women are treated this way.”

Fox went on to explain her frustration with the double standard for women and men in Hollywood saying, “No one would blink twice if George Clooney was dating someone four years younger." (Clooney is in fact 17 years older than his wife).

Despite the critiques and gossip, the duo is still going strong. Baker was present for a portion of the interview, and, according to Hardy, was smitten the whole time. When asked about their relationship he said, “I just want people to understand this is real. I don't think people get the opportunity to believe in real, great love, and that's what we have together."

NEXT UP
Entertainment
Emma Chamberlain Is Officially Moving to Spotify On February 23 (Exclusive)
Entertainment
Beyoncé Is Now The Most Awarded Artist In Grammy History
Entertainment
Harry Styles' "As It Was" Grammy Performance Featured A Silver Tinsel Onesie
Entertainment
Taylor Swift Sparkled In Midnight Blue On The 2023 Grammys Red Carpet
Style + Culture, delivered straight to your inbox.