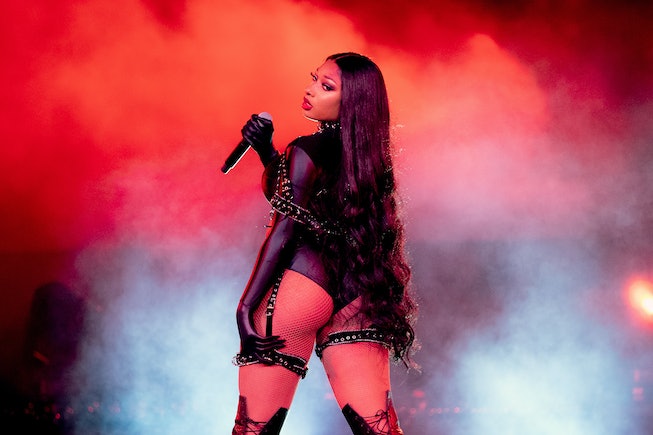 Megan began teasing the announcement on November 11, posting collages of newspaper clippings with headlines noting her fashion, music, and advocacy for black women. "Hotties, I first want to say thank you for riding with me, growing with me, and staying down with me since my first mixtape Rich Ratchet!" she wrote on Instagram. Through this rough ass year we’ve all been having I felt like we could all use a lil bit of good news."

The Houston native has had a hell of a year. Along with dropping EP Suga, Megan was part of two of the biggest hits of the year, the raunchy "WAP" with Cardi B, and her own explosive single "Savage," and its remix with fellow Houston Hottie Beyoncé.