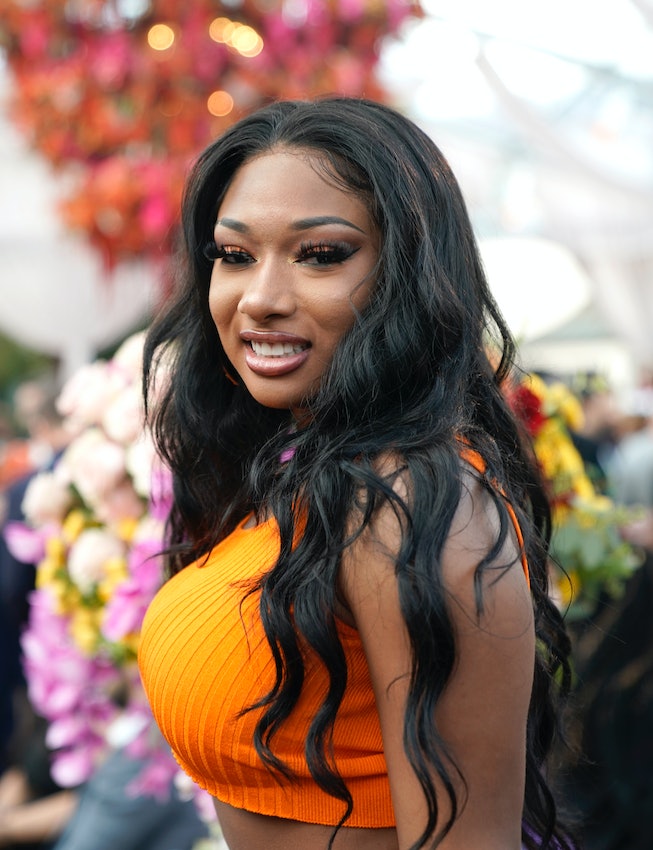 Megan Thee Stallion can do anything. Twerking while hovering a mere inch off the ground? No problem. Being on good terms with Nicki Minaj, Beyoncé, and Cardi B? Of course. Writing a horror screenplay? I don't see why not! The beloved Houston rapper is a big fan of scary movies, and she's taking the genre into her own hands and working on a new horror script, according to Variety.

“It’s gonna be something that definitely blows your mind," she said to the publication. "You’ve never seen it before.” I could definitely see Megan as a playful and vigilant protagonist (in full glam of course!) who simply refuses to die at the hands of a maniac killer. She's already flexed some of her acting chops when she starred as a vampire private investigator in the Teyana Taylor-directed YouTube series Hottieween on YouTube last year, so it's definitely in her ever expansive wheelhouse of talents. Give the people what they want!

She teased the idea back in 2019, mentioning her love of cult horror film The Evil Dead. “I like movies that make you semi fall in love with the villain so you have sympathy for him,” she explained in an interview with Vogue. “I feel like every good story you can’t just necessarily kill off the villain. That’s why the Batman never killed Joker," she said. "How the fuck would you have Batman without Joker?” Points have simply been made.

NEXT UP
Entertainment
Samia On 'Honey' & Saying The Ugly Part Out Loud
Entertainment
Emma Chamberlain Is Officially Moving to Spotify On February 23 (Exclusive)
Entertainment
FLO Is Headlining Their First US Tour This Spring
Entertainment
Beyoncé Announces 41-Date 'Renaissance' Tour
Style + Culture, delivered straight to your inbox.