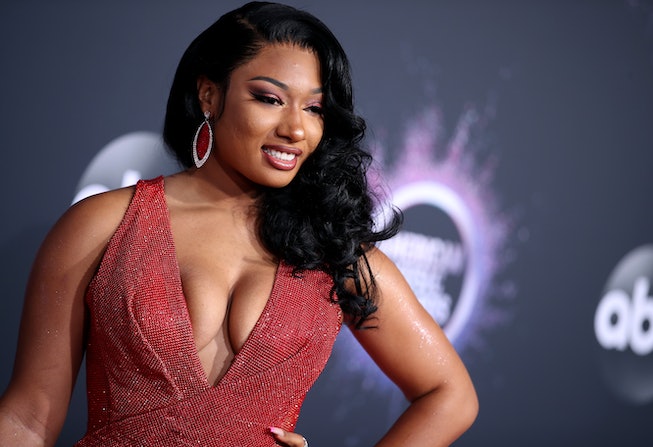 Megan Thee Stallion and Tory Lanez were hanging out in the early hours of Sunday morning when Lanez was arrested on concealed weapons charges. Details are scarce, but Lanez's arrest occurred after an altercation that involved gunshots in a SUV outside a Hollywood Hills residence. Megan was later listed as a "victim" in the incident by police. Earlier that evening, both rappers hopped on Instagram Live with Kylie Jenner during a party that looked be at Jenner's Holmby Hills home in Los Angeles.

Megan finally gave a statement about the incident today on Instagram, explaining that she had been shot and had to undergo surgery to remove the bullets. “On Sunday morning, I suffered gunshot wounds, as a result of a crime that was committed against me and done with the intention to physically harm me,” she wrote, noting that she wanted to set the record straight after inaccurate reporting. “I’m incredibly grateful to be alive and that I’m expected to make a full recovery, but it was important for me to clarify the details about this traumatic night.”

In the caption, Megan also pointed out that she was never arrested. Her somber tone continued: "This whole experience was an eye opener and a blessing in disguise. I hate that it took this experience for me to learn how to protect my energy." The Houston Hottie is expected to make a full recovery and is currently focusing on just that.

More information will surely unfold in due time. Megan has not yet made a statement regarding Lanez, but her producer Lil Ju, who worked with the Houston rapper on her hit "Big Ole Freak," tweeted and deleted a message to Lanez. "Count your fucking days," it read.