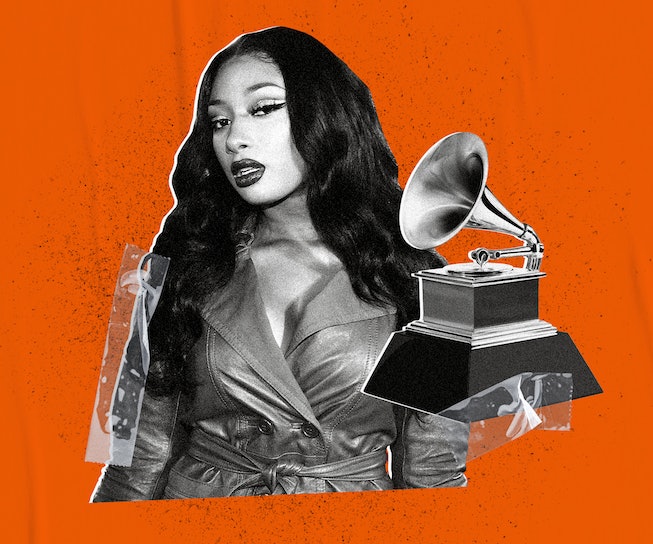 Megan Thee Stallion has won Best New Artist at the 2021 Grammys. The pop star was visibly shocked when her name was announced on Sunday night, staying seated for a few seconds before walking to the stage to pick up her award in a fluorescent orange Dolce & Gabbana gown (complete with a bustle) and matching face mask. The award is her second trophy of the night.

“I don’t want to cry,” the rapper said opening her brief acceptance speech, while visibly fighting back tears. “It’s been a hell of a year, but we made it.”

Earlier on Sunday, the Houston rapper picked up her first Grammy award for Best Rap Performance for her “Savage” Remix featuring Beyoncé, which broke records upon its release last summer. The track topped the Billboard chart two weeks after its release, and also brought the rapper her first number one hit.

"HOTTIES WE ARE NUMBER 1 ON THE HOT 100 FOR THEE FIRST TIME EVERRRR," she exclaimed on Twitter at the time. "WE F*CKING DID IT."

The Houston hottie is still up for two more awards this evening — Record of the Year and Best Rap Song, both for “Savage” Remix. She’s also expected to take the stage with Cardi B later tonight to perform “WAP.”