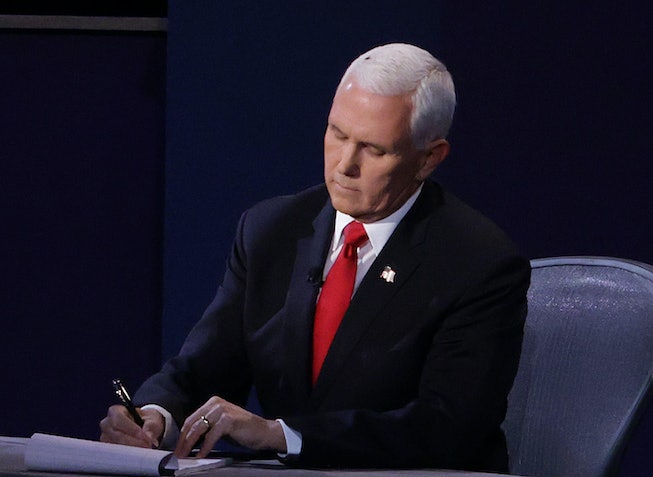 As the countdown to the election on November 3 continues, vice presidential candidates Kamala Harris and Mike Pence took to the debate stage to battle it out. Midway through the programming, things took an unexpected turn as a new victor revealed itself to the cameras: a common housefly. It landed on Pence's snowy head, its tiny, jet black body sharply standing out against its new environment for over two minutes. Cue the internet losing its damn mind.

The fly discourse was so swift and rapid that suddenly, it was deemed the hero of the evening without saying a single word. It's simply a sign of the times. Countless instantly dated fan accounts (á la Angelina Jolie's leg, if you can remember approximately one million meme cycles back) popped up in its wake. What was the fly thinking? Did it mistake the stark whiteness of Pence's hair for a pile of discarded styrofoam? The Biden campaign already released and sold out of a fly swatter emblazoned with “Truth Over Flies” in what is the clearest representation of current American politics.

Houseflies on average live for only 20 to 25 days. The debate fly's hidden mysteries — and with any luck the fly discourse itself — will also die with it within the month. Until that happens, enjoy some fly-related tweets below.