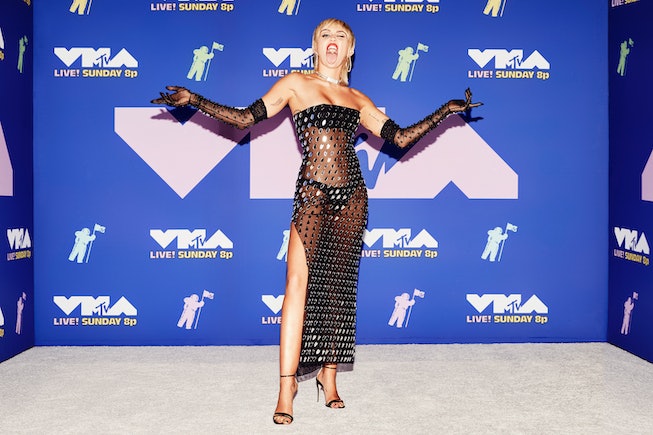 One of the best parts of Miley Cyrus' status as a celebrity is that you can always count on her being candid as hell. It's probably a nightmare for her public relations team, but it always makes for compelling interviews, and ultimately, some good old, hard-to-find humanity.

We're seeing more of Cyrus these days as she promotes her excellent new honest-to-God rock album, Plastic Hearts, and most recently guested on the iconic radio stronghold The Howard Stern Show. Cyrus talked about the obvious topics: whether or not she would have sex with friend and collaborator Dua Lipa, her divorce from Liam Hemsworth, and her journey with sobriety. But it was an analysis of her past life as the star of Hannah Montana that was particularly interesting.

Cyrus shared how the role psychologically impacted her at her young age, especially having fans be attached to her character versus her as a person. "The whole show's premise was that when I had my normal hair and looked like myself, no one gave a shit about me. And then when I got all dolled up and put a wig on, all of a sudden, you know, I'm being chased by people chasing my tour bus," she explained. "That's a lot to put on a kid. To go, 'When you're yourself, no one gives a fuck.' But then when they go and kind of groom you to look like something else, something that you're not."

She's obviously come a long way since they heyday of Hannah Montana, and has experimented with enough looks on her own terms to move past the experience. It's not all trauma either: "I know how to lay down a wig like nobody else's business. That I learned," she joked. "But besides that, that was a little disinteresting to me psychologically."