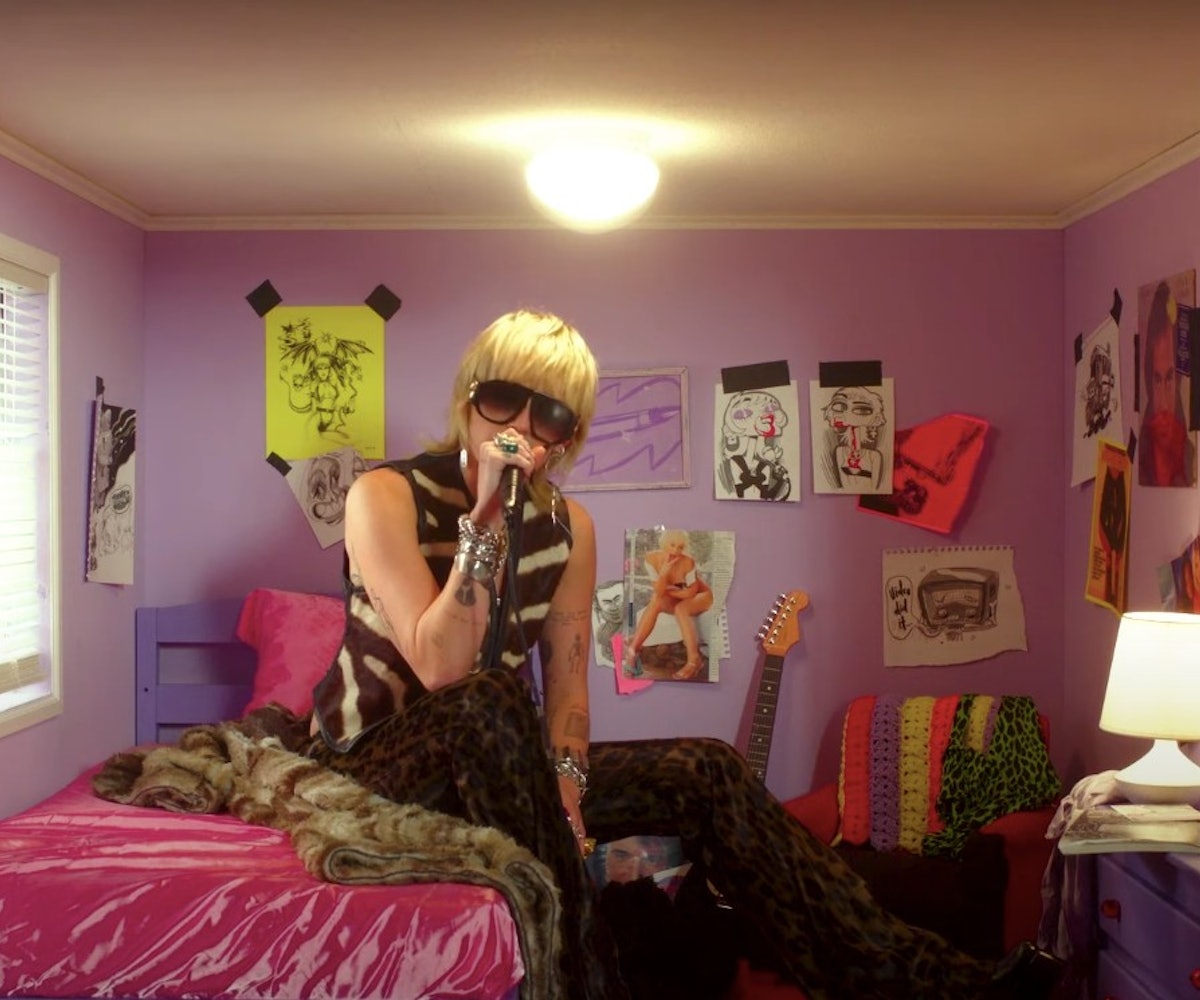 The latest mega-pop star to have their turn at the NPR Tiny Desk (though virtually, now) is none other than Miley Cyrus. The "Prisoner" singer's at-home performance was uploaded to YouTube on Thursday, and found Cyrus perched in a miniature-sized bedroom, belting her heart out through a short setlist. True to form, she was also glamorously made-up, climbing into the frame in a long fur coat, black fuzzy cowboy hat, and a pair of truly incredible velvet leopard-print bellbottoms.

She performed three songs, one of them a cover of Mazzy Star's hazy and acoustic teen dream, "Fade Into You" which she punctuates with a huge wailing belt at the end. She also gave soulful, acoustic performances of "Golden G-String" and a slowed-down "Prisoner," for which she eventually left the tiny bedroom. Throughout the entire performance, she also proves that her voice has never sounded better than it does now.

Cyrus released her seventh studio album Plastic Hearts in November. Throughout the press cycle, she's been on a roll delivering dramatic and fun covers of old alt-rock classics, from The Cranberries' "Zombie" and Blondie's "Heart Of Glass" to and Holes' "Doll Parts." The album also sonically pulls from that time, and includes features from Joan Jett and Billy Idol.

Watch Cyrus' Tiny Desk concert below, and read our review of Plastic Hearts.