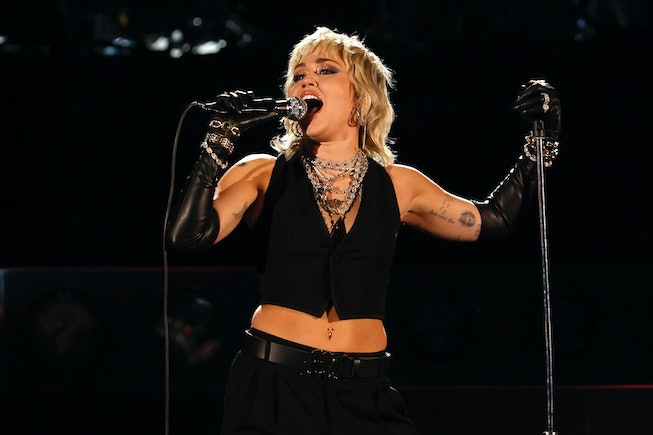 The pandemic has proved that Miley Cyrus is nothing if not a reliable performer, consistently nailing her sets of originals and covers for various events — both virtual and around the country — putting her own unique spin on each mini-show. Between the NCAA men’s Final Four games at Indianapolis’ Lucas Oil Stadium on Saturday, Cyrus gave a concert of Queen covers and her own hits, performing her set after the Baylor Bears beat the Houston Cougars.

She kicked off the rockified show with classic sporting event fodder “We Will Rock You” by Queen, followed by the group’s “Don’t Stop Me Now” and her own classic, “Wrecking Ball.” She finished the show with “American Woman” by the Guess Who. Watch it all go down below.