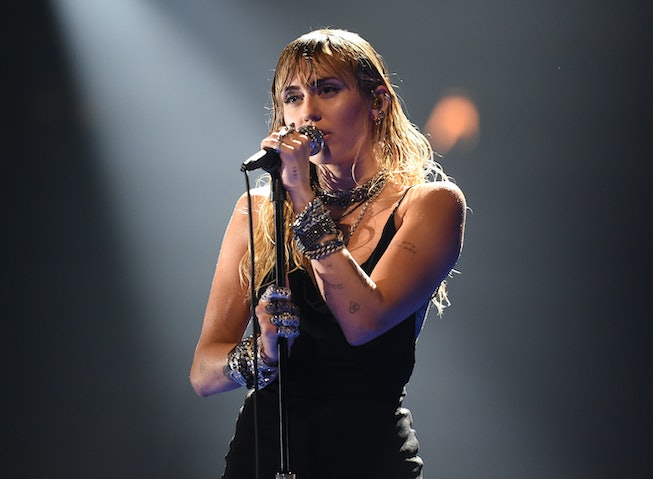 While America is currently in no place to do a traditional tailgate, Miley Cyrus has announced that she'll be headlining a "TikTok tailgate" ahead of this year's Super Bowl LV. The event will take place Sunday, February 7 when the Kansas City Chiefs will play the Tampa Bay Buccaneers for this year's ring.

“I can’t wait to put on a show for the NFL’s honored guests before the game,” Cyrus posted to Instagram Sunday. “Health care workers from Tampa and around the country!” The concert, which will broadcast from Tampa Bay's Raymond James Stadium, will feature a live audience of 7,500 health care workers — who reportedly will all be fully vaccinated and also attend the championship game itself, as part of the previously announced 22,000 fans who will be allowed in the stadium.

The tailgate performance will kick off at 2:30pm ET, on both TikTok and CBS. The halftime show will feature The Weeknd as its headliner (hopefully sans Instagram face), with Jazmine Sullivan and Eric Church singing the national anthem together, and H.E.R. singing "America the Beautiful." We can only hope Cyrus will be performing the true national anthem, "Party in the USA."

NEXT UP
Culture
Succession Season 4 Trailer Explodes With Family Drama
Culture
The Biggest Revelations From The Price Of Glee Docuseries
Entertainment
Samia On 'Honey' & Saying The Ugly Part Out Loud
Entertainment
Gracie Abrams & Gia Coppola On The Joy Of Free-Flowing Collaboration
Style + Culture, delivered straight to your inbox.