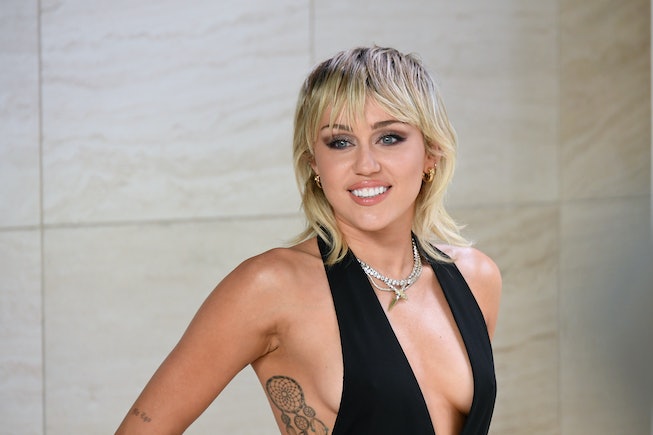 When Miley Cyrus dropped Bangerz in 2013, she made one thing crystal clear: she was not Hannah Montana. She partied! She drank! She did molly! While it soon became commonplace to see Cyrus with a joint in her hand, her artistic and lifestyle choices are once again shifting. In a new interview with Variety, Cyrus revealed that she's six month sober — and not the popular alternative of the alcohol-free, weed-smoking "Cali Sober" either. As she put it, she's sober sober.

The change came after Cyrus underwent vocal surgery in November 2019 and had to abstain from speaking for four weeks. The recovery period opened up some time for her to look back on her family and the inherited trauma that has made her who she is today.

"I had been thinking a lot about my mother. My mom was adopted, and I inherited some of the feelings she had, the abandonment feelings and wanting to prove that you’re wanted and valuable," she explained. "My dad’s parents divorced when he was 3, so my dad raised himself. I did a lot of family history, which has a lot of addiction and mental health challenges. So just going through that and asking, 'Why am I the way that I am?' By understanding the past, we understand the present and the future much more clearly. I think therapy is great."

One of the downsides of sobriety, according to Cyrus, is the stigma of being no fun with which young sober people have to grapple. The thing is though, she knows deep down that it straight up doesn't apply to her. "It’s like, 'Honey, you can call me a lot of things, but I know that I’m fun.'"

Being sober is a daily commitment — congrats are in order!