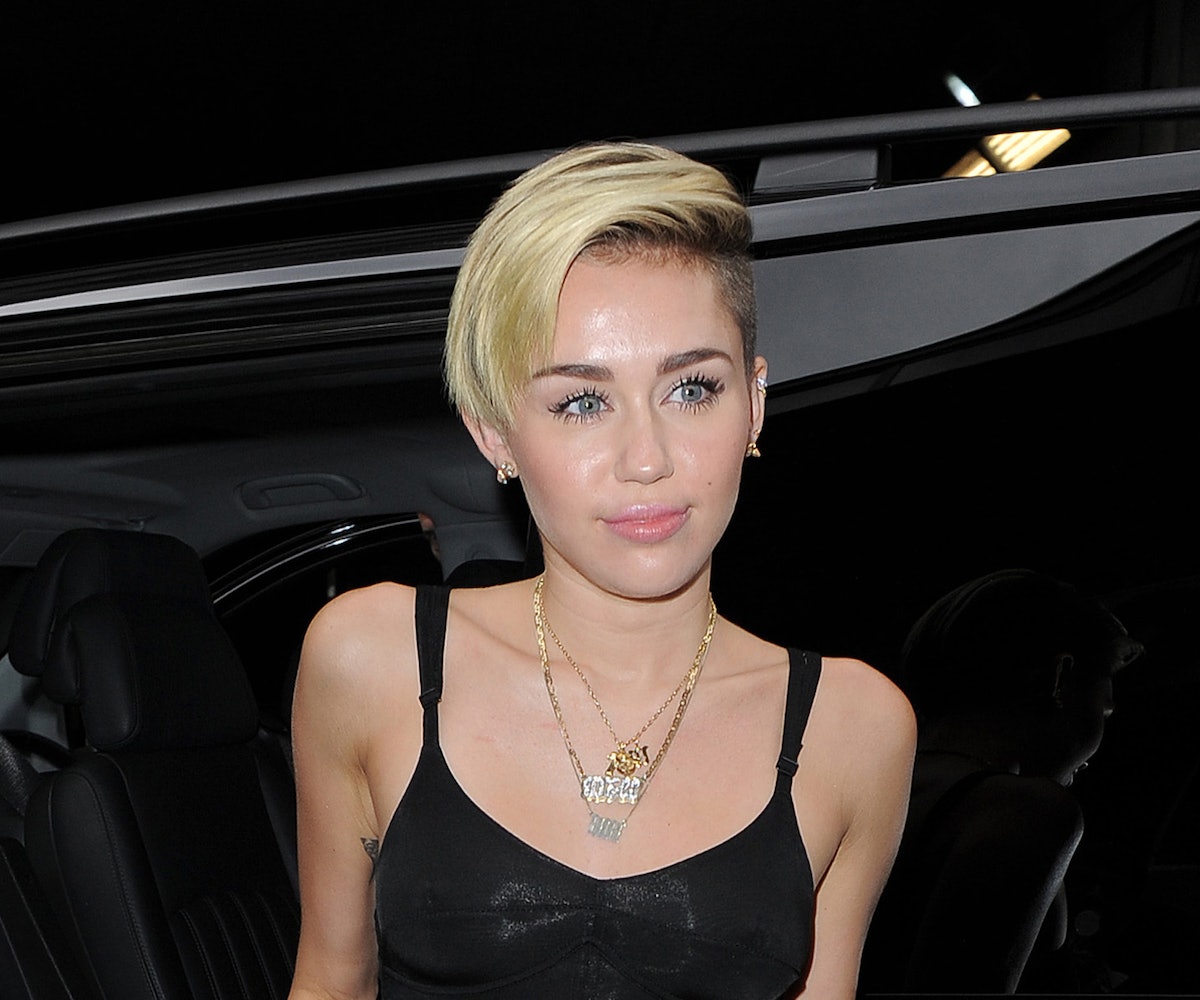 After months of rumors swirling on the internet around Miley Cyrus' imminent return to music, the pop star finally confirmed the arrival of her next era with, ironically, a clip of a Hannah Montana throwback.

Late Tuesday night, Cyrus popped on Twitter to post a clip of the Disney-era banger "Start All Over" alongside the caption "Meet Miley Cyrus..... again. #SheIsComing #ButForRealThisTime." And to make sure her message came across loud and clear, hours later the pop star unveiled a snippet of a new song on her Instagram live. Currently untitled, the disco-influenced track seems to be about her experience being single again, judging by the brief bit of lyrics we can hear: "But it's been a long time since I've felt this good on my own/ A lot of years went by with my hands tied up in your ropes."

Though it's too early to speculate, it's more than likely that the song is referring to her on-again and off-again relationship with Liam Hemsworth, her divorce with whom was finalized in January 2020 after a short eight-month marriage.

Cyrus has since been in a relationship with Australian singer Cody Simpson, and judging by their goofy TikTok videos, seems to be having a blast. During quarantine, the pop star was also one of several celebrities who started live-streaming for their fans; Cyrus briefly started a weekly show called #BrightMinds, where she brought on guests to talk about topics ranging from mental health, past Disney drama and more.

The upcoming new music will be the first Cyrus release since her 2019 EP titled SHE IS COMING. Since its release, her fanbase have been speculating about when Cyrus would be putting out more music, at one point postulating that Cyrus and her boyfriend Cody Simpson would be starting a band together called Bandid and Bardot after the pop star registered and trademarked the name.

Hear the new snippet below.