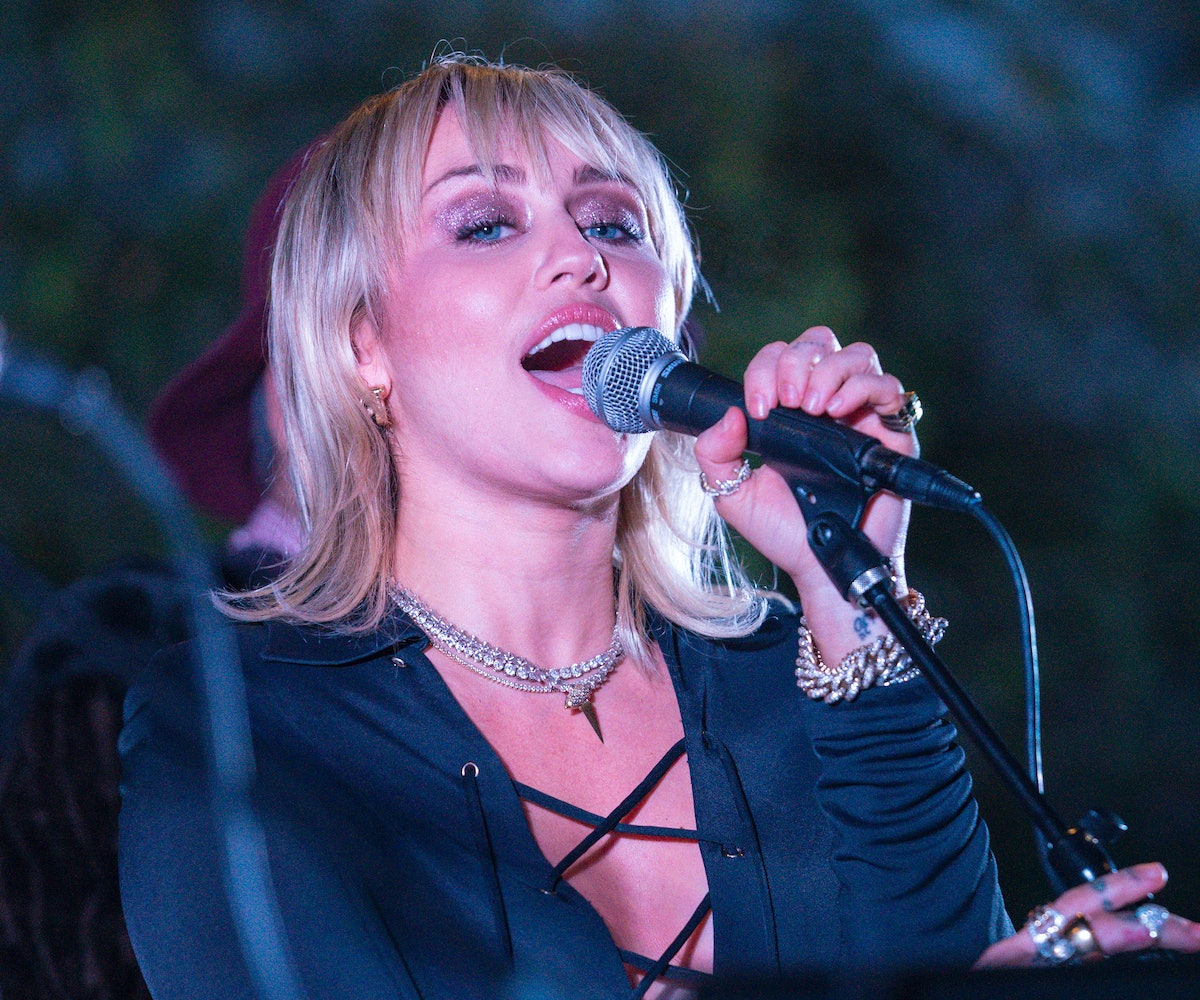 The only thing better than a live Miley Cyrus performance is a live Miley Cyrus performance of another artist's song. Over the last few months, the pop star has covered everything from Hall & Oates' "Maneater" to Billie Eilish's "my future" to Blondie's "Heart of Glass." Cyrus (along with her cheekily-named band "The Social Distancers") even dove into Britney Spears' "Gimme More" as part of her MTV Unplugged Presents Backyard Sessions special last week. But never one to take a break, the pop singer is keeping up the momentum with yet another cover — this time, of the beloved Cranberries track "Zombie."

As part of NIVA's Save Our Stages Fest (where she performed at Whisky a Go Go in Los Angeles), Cyrus performed a three-song setlist which included her disco-infused single "Midnight Sky" and a cover of The Cure's "Boys Don't Cry." But one would be hard-pressed to think about either of those tracks after hearing her tackle The Cranberries' "Zombie." Covering one of the most beloved song by one of the most beloved bands in the world, Cyrus ups the ante by bringing her typical gusto and signature sky-reaching vocal flair, attacking the impossibly high "in your heeeaaaad" parts with noticeable aplomb. If Cyrus ever went full rock diva, this performance provides solid proof that it would probably be some of the best music of her decades-long career.

The virtual Save Our Stages Fest ran for three days this weekend and also included performances by artists like Demi Lovato, YG, The Roots, Macklemore, Finneas, Foo Fighters, G-Eazy, and Phoebe Bridgers — all broadcasted from different independent venues across the country.

Check out Cyrus' full performance below, and see NYLON's list of her eight best covers of all-time.