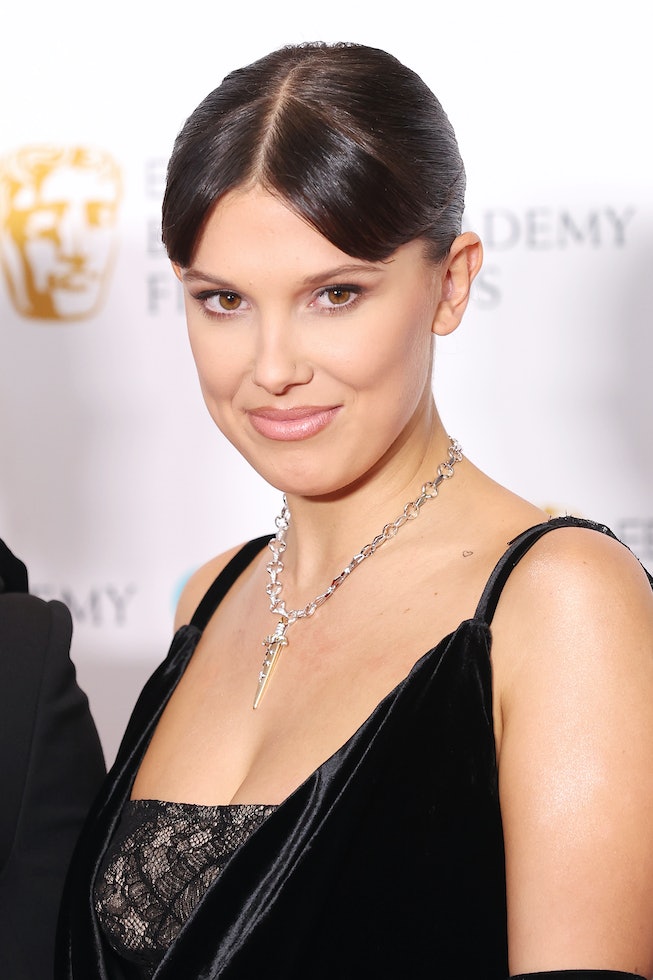 Millie Bobby Brown is tired of being hyper-sexualized. The Stranger Things star appeared on the Los Angeles Times’ Guilty Feminist podcast this week, where she discussed the media’s inappropriate obsession with her looks.

Since stepping into the limelight at just 12 years old, the actress has faced constant harassment from paparazzi, news outlets and social media. On the podcast, she spoke with hosts Deborah Frances-White and Susan Wokoma about her experience. “Any 18-year-old is dealing with navigating being an adult and having relationships and friendships and being liked and trying to fit in,” she said. “It’s all a lot, and you’re trying to find yourself while doing that. The only difference is that, obviously, I’m doing that in the public eye, so it can be really overwhelming.”

The hyper-sexualization of young starlets has plagued Hollywood for decades, but Brown isn’t shying away from the issue. While on the podcast, she used her platform to discuss how frequently women are ridiculed for their appearance no matter what they’re wearing. During their conversation, she recalled an incident from when she was 16 and criticized for wearing a mature, low-cut, dress to an awards show.

The actress said she was, “crucified” for dressing like a 60-year-old. “I was like, ‘What’s wrong with a 60-year-old?” she said. “I thought, ‘My, is this really what we’re talking about? We should be talking about the incredible people that were there at the award show.”

After celebrating her 18th birthday in February, the English actress says the unwanted attention has just gotten worse. “ I have definitely been dealing with [being sexualized] more within the last two weeks of turning 18,” she continued. “Definitely seeing a difference between the way people act and the way that the press and social media have reacted to me coming of age.”