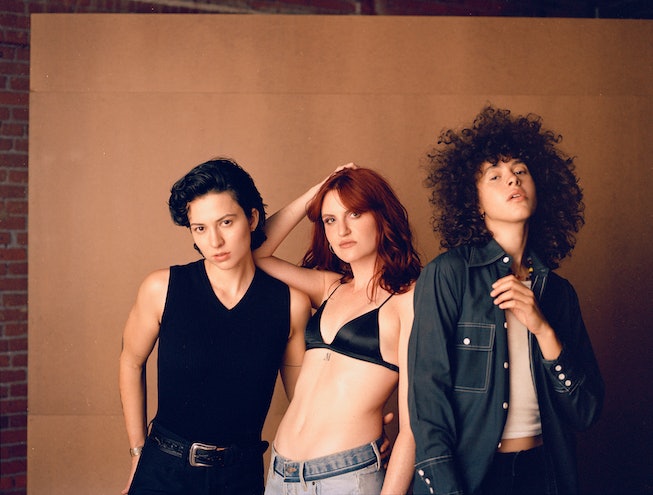 The new tour kicks off on April 17 in Seattle, WA, and officially wraps two months later in June in Manchester, TN with their set at Bonnaroo (which recently announced its full lineup). But this is technically just a fraction of the places you’ll be able to see Muna play live this year: in between it all, the band will also be zooming across continents as they support Lorde and Taylor Swift on their respective tours this year.

On select dates in March, Muna will be bouncing around Australia for Lorde’s tour. While from March through July, they’ll be taking a break between their own headlining shows to open for Swift on her much-anticipated Eras tour.

That being said, there’s nothing like seeing Muna perform at their own headlining shows and tour, which will have English rock band Nova Twins opening for them this year. Since the release of their album the band has been non-stop performing and perfecting their live set. The group’s fall 2022 tour saw them bring out a slew of guest artists — like Lucy Dacus and Phoebe Bridgers — on the regular, and the trio frequently surprised audiences with unexpected cover performances, like their Halloween transformation into Freaky Friday’s Pink Slip. Needless to say, there’ll be more where that came from.

You can purchase tickets for Muna’s forthcoming shows on their website. See the band’s 2023 tour dates below.