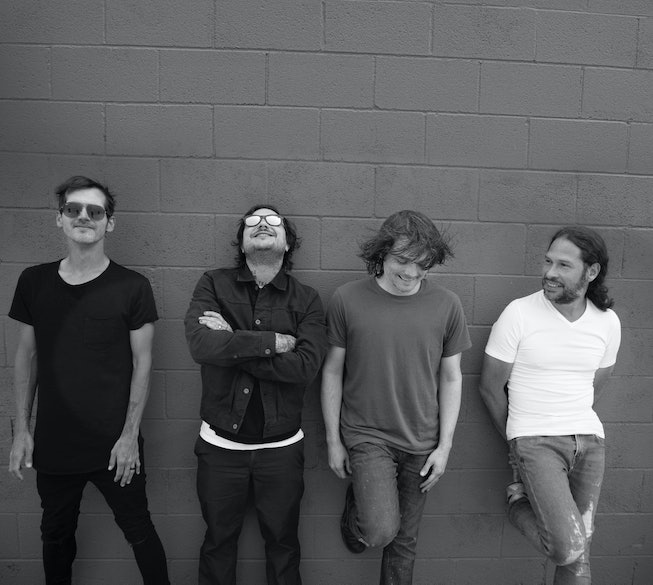 The My Chemical Romance revival has officially begun. The storied emo band has released “The Foundations Of Decay,” their first original song since 2014.

Released on Thursday, the track, running six long minutes, is a glorious return for the band, hitting their signature mix of emotion and cathartic rage. After a muted and melodic piano opening, frontman Gerard Way can be heard singing over coursing distorted guitar, painting a dramatic picture of a man wearied through battles and age returning to the Earth. His voice is filtered through a distorter, but it doesn’t dampen the impact at all. A jagged guitar solo takes over the second half of the song accompanied by Way’s own screaming: “We are free.” Despite the potential darkness of its subject matter, a golden aura of triumph surrounds the song.

Signs of a My Chemical Romance return started back in 2019 when the band abruptly surfaced online with a new Instagram account and soon announced that they would be reuniting for a seemingly single one-off show in Los Angeles in December 2019. Soon after that, an official 2020 tour announcement for scheduled shows to take place in November of that year were released, however, as we all know how that played out, that never ended up happening. The tour was postponed to 2021, and then, to 2022, where it remains on the schedule now, set to kick off on August 20 in Oklahoma City, OK.

The run of dates also include a smattering of high-profile festival appearances, including at 2022’s Riot Fest, and the viral When We Were Young festival set to take place in Las Vegas for three days at the end of October.

Their last album, May Death Never Stop You, was released in 2014. There’s no word yet if this new song is part of a greater project but our fingers are crossed.