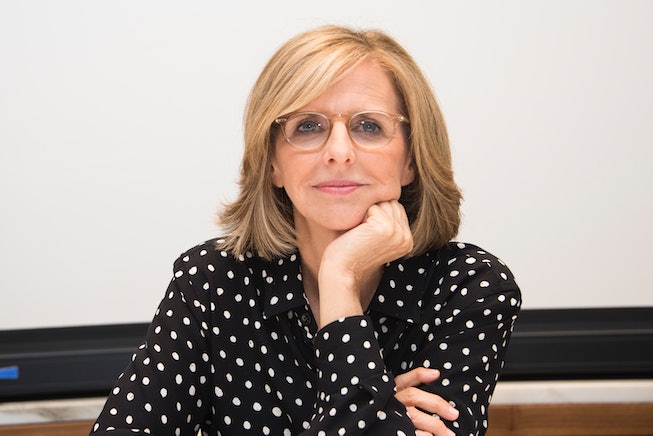 It’s been seven years since we last got a new movie from the brilliant mind of rom-com auteur Nancy Meyers — and in gay time, that feels like at least a century. Sure, The Intern, the Anne Hathaway and Robert De Niro-starring dramedy Meyers released at the tail-end of 2015, wasn’t her strongest work. (I’ll take the more standard rom-com beats of The Holiday and It’s Complicated over that slightly cringe followup any day.) But I’d be lying if I said I haven’t been starving for something new — anything new — from the celebrated writer/director ever since.

Back in 2015, she may have told The Guardian, “My kind of movie is not the kind of film that studios have wanted to make for a while now,” breaking the hearts of girls and gays everywhere in the process. But deep down in my heart, I’ve always known she’d be back. And now, my prayers have been answered, as word is in that Miss Meyers is back at it, currently working on a film for Netflix.

According to Deadline, Nancy Meyers has officially partnered with the streaming service to write, direct, and produce a new feature. With the deal still in its earliest stages, there is no title or description available for the upcoming project, but close sources have described it as an ensemble comedy — meaning, yes, we’ll be getting the classic Nancy narrative we all know and love.

This isn’t the first time Meyers has worked with Netflix either. Back in 2020, the one-time Oscar nominee wrote and directed Father of the Bride Part 3 (ish), a digital short, for the streamer’s social channels. A 25 years later-style followup to the classic Father of the Bride and its sequel Father of the Bride Part II, both of which Meyers wrote but did not direct, the Reese Witherspoon-hosted 25-minute special reunited the original cast (including Steve Martin, Diane Keaton, Kimberly Williams-Paisley, and Kieran Culkin) and featured new appearances from other Hollywood notables like Florence Pugh, Ben Platt, Robert De Niro, and Alexandra Shipp.

Created during the pandemic to benefit the World Central Kitchen, Father of the Bride Part 3 (ish) was enough of a success for Netflix’s Head of Film Scott Stuber to continue his working relationship with Meyers. Eventually, Meyers pitched an idea for a new film — and now, here we are!