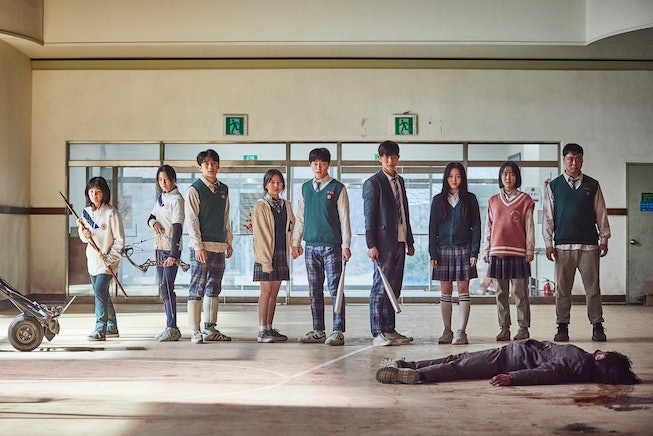 Will you escape, die, or unite to survive?

Such is the question at the heart of All of Us Are Dead, an upcoming Korean drama for Netflix, which follows a group of students that get trapped on their school campus when a zombie apocalypse breaks out. Or, as described in an official description on IMDb, “A high school becomes ground zero for a zombie virus outbreak. Trapped students must fight their way out or turn into one of the rabid infected.”

Based on the popular webtoon Now At Our School (which ran from 2009 to 2011 and was regularly the most “popular” title on NAVER), All of Us Are Dead will finally hit Netflix on January 28th after having its production interrupted in 2020 thanks to the COVID-19 pandemic. The upcoming series will follow in the footsteps of Squid Game in the hopes to become the next crossover hit for the leading streaming service.

Check out the teaser for the upcoming Korean drama below.

All of Us Are Dead hits Netflix on January 28.