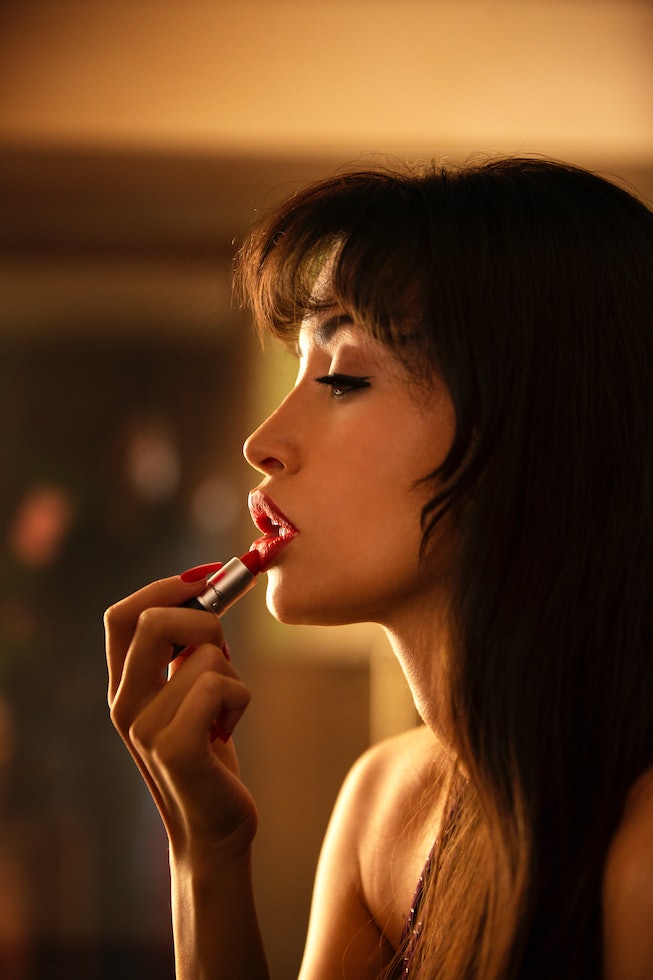 Netflix may be canceling worthy shows left and right, but the popular streaming service is one of the only of its kind to have a seemingly endless supply of already-filmed content just waiting to be rolled out. Next up on the docket? Selena: The Series, which was first announced back in December 2018 and has now received an exciting teaser and official release date for December 4th.

Starring The Walking Dead's Christian Serratos as the titular Latin pop star, the series promises to track the singer's rise from a child with a heavenly voice to a superstar that would unfortunately meet an extremely untimely end. Last November, Netflix dropped a behind-the-scenes clip of the actress (who millennial audiences may best remember as Suzie Crabgrass, the main crush of the titular character in Ned's Declassified School Survival Guide) putting on the singer's trademark garb as she got ready to film the show. In this latest teaser (titled "Every legend begins with a dream"), Serratos' voice can be heard alongside her father's as the two have a conversation about the singer's endless practicing one day paying off. On screen, Selena can be seen walking onto a stage in front of a loud, adoring crowd.

According to Netflix, Selena: The Series will be released in two parts, with the first of the pair dropping in early December and the second presumably expected sometime in 2021. "Before she became the Queen of Tejano Music, Selena Quintanilla was a young girl from Texas with big dreams and an even bigger voice," reads a press release about the upcoming series. "The two-part coming-of-age drama Selena: The Series explores the once-in-a-generation performer's journey as a young artist, from singing small gigs in Corpus Christi with her family to becoming one of the most successful Latin artists of all time — and the years of grit and sacrifice the Quintanilla family navigated together before Selena's meteoric rise to fame."

That all sounds exciting, but will I get to hear "Amor Prohibido" or no?

Check out the new teaser for Selena: The Series below. Prepare to bidi-bidi-bom-bom on December 4th.