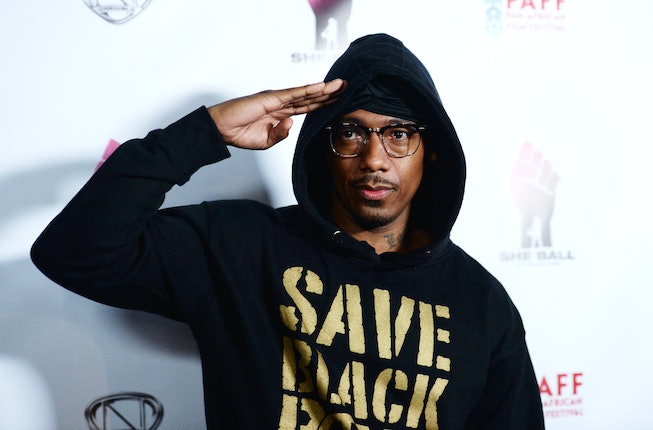 ViacomCBS terminated its relationship with Nick Cannon over anti-Semitic remarks made on his podcast, Cannon's Class. In the recent episode, Cannon spoke with former Public Enemy rapper Professor Griff, and the conversation included a number of conspiracy theories including “the Rothschilds, centralized banking, the 13 families, the bloodlines that control everything even outside of America.” Following a backlash, Cannon said that the conversations were not hateful. "Semitic people are Black people,” he explained. “You can’t be anti-Semitic when we are the Semitic people.”

Cannon addressed the interview in a statement posted to Facebook, but did not directly apologize for anything said. He condemned hate speech, but encouraged a healthy dialogue and welcomed "any experts, clergy, or spokespersons to any of my platforms" to hold him accountable and correct him for any potential negative statements.

Cannon expanded on his statement to Fast Company, saying, “There’s no malice or negative intent, but in a time like 2020 we got to have these conversations.” He also addressed why he didn't apologize in his original Facebook statement. “To me apologies are empty," he said. "Are you forcing me to say the words ‘I’m sorry’? Are you making me bow down, ’cause then again, that would be perpetuating that same rhetoric that we’re trying to get away from.”

The comments did not sit right with ViacomCBS, who promptly terminated their working relationship with Cannon. “While we support ongoing education and dialogue in the fight against bigotry, we are deeply troubled that Nick has failed to acknowledge or apologize for perpetuating anti-Semitism, and we are terminating our relationship with him,” read the network's statement.

Cannon has a long relationship with ViacomCBS, hosting shows on both Nickelodeon and MTV. He once again took to Facebook in a new statement titled "Truth & Reconciliation,” in which he demanded that ViacomCBS give him ownership of Wild ‘N Out, which he created and hosted for MTV and VH1.

“If I have furthered the hate speech, I wholeheartedly apologize,” he wrote. “But now I am the one making demands. I demand full ownership of my billion dollar ‘Wild ‘N Out’ brand that I created, and they will continue to misuse and destroy without my leadership! I demand that the hate and back door bullying cease and while we are at it, now that the truth is out, I demand the Apology!”

Cannon added that he reached out to Viacom owner Shari Redstone for "a conversation of reconciliation" only to be met with "dead silence." Cannon expressed that he doesn't think Viacom is interested in any sort of dialogue. "I realized they don’t want a conversation or growth," he wrote. "They wanted to put the young negro in his place.”