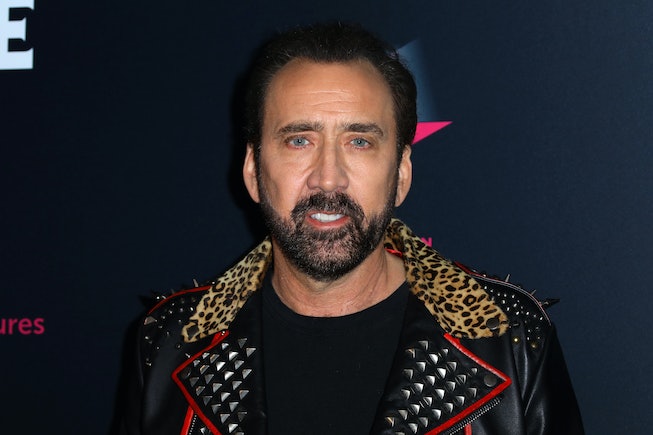 Nearly as soon as Tiger King: Murder, Mayhem and Madness, the unhinged docuseries about two big cat sanctuary owners with a nasty feud, hit Netflix, fans began dream casting their favorite actors to play the true story's strange roles. Joe Exotic and Carole Baskin, the series' de facto leads, could truly be played by any number of great character actors, and for the former, names like David Spade, Ed Norton, Dax Shepherd and Exotic himself's favorite, Brad Pitt, have all been tossed in the ring. (SNL's Kate McKinnon will executive produce and play Baskin in a show from Universal Content Productions, which has been in the works since November).

The fantasy casting can stop now, though, as an eight-episode scripted series from CBS and Imagine Television has announced none other than Nicolas Cage as its Exotic lead. The series will be based on a Texas Monthly story, published in 2019 — interest in the Baskin-Exotic feud has already led to multiple iterations of the story, including a podcast that will serve as the basis for a Tiger King show starring SNL's Kate McKinnon as Baskin, which has been in the works since November.

This marks the first TV series role of Cage's career, which has spanned a wide range of film genres from absurd comedies like Raising Arizona to the blockbuster National Treasure franchise. The new Tiger King series will be led by American Vandal showrunner Dan Lagana and Paul Young.

Naturally, fans are already have a field day with the news, including ones who had hoped Spade would essentially reprise his 2001 role as white trash hero Joe Dirt: