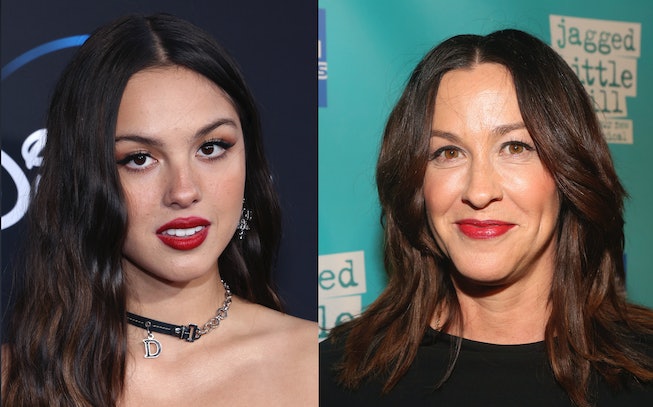 Olivia Rodrigo and Alanis Morissette are joining forces once again. On September 24th Rodrigo will induct the 90s pop-punk legend into the Canadian Songwriters Hall of Fame, at Toronto’s Massey Hall. The ceremony celebrates Canada’s most prolific musical talent and after 27 years in the industry, Morissette is finally getting her flowers.

Rodrigo has been a fan of Morissette’s for quite some time. Last fall, following the release of her album SOUR — which won a Grammy for Best Pop Vocal Album — the rising star was interviewed by Morissette for Rolling Stone’s Musicians on Musicians series. Despite being nearly 30 years apart, the singers have a strikingly similar career trajectory, with them both starting off as child actors before shifting into music. Morissette’s breakout album Jagged Little Pill dominated the charts in the 90s and has been deemed a classic for its bold, but relatable, lyrics. Similarly, Rodrigo’s debut, SOUR, garnered millions of listeners who were drawn to the angsty coming-of-age tracks. According to Rodrigo, her writing style was inspired by listening to Morissette’s songs. “I just looked at music and songwriting in a completely different way,” she said, reflecting on the experience.

Rodrigo later invited Morissette to guest star in her Sour Tour. During her show in Los Angeles, she brought the singer on stage to perform her 90’s hit, “You Oughta Know.” Following their duet, Rodrigo said, “That’s truly the craziest thing that ever happened to me. [Morissette] is such an angel.”

The upcoming Hall of Fame ceremony will celebrate Morissette's infamous legacy. Along with the induction, fellow musicians Alessia Cara, JP Saxe, and Ruby Waters will perform covers of Morissette’s popular songs. In a press release for the event, Rodrigo shared her admiration for the singer, and said, “I remember hearing Alanis for the first time when I was about 13. I was in the car with my parents when Jagged Little Pill came on. I heard ‘Perfect,’ I was like, ‘Oh, my God...You can write songs like that?”

Since its release, Morissette’s Jagged Little Pill has been turned into a broadway musical and inspired the HBO documentary Jagged. The singer is currently working on a comedy series based on her own life experiences.