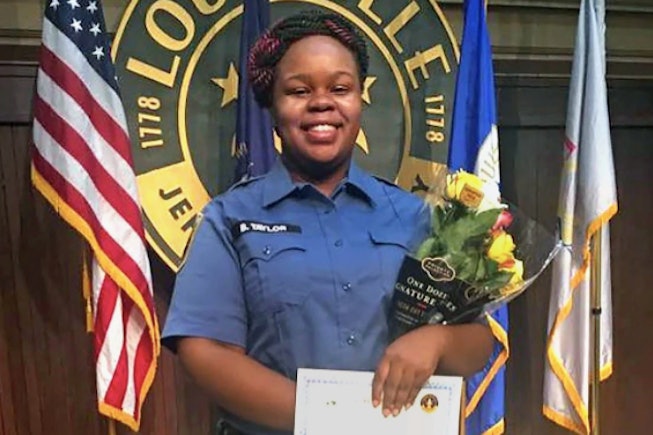 In the 20 years she's been publishing O Magazine, Oprah famously hasn't put anyone on the cover but herself, aside from three exceptions: First Lady Michelle Obama, fellow talk show host Ellen DeGeneres, and her best friend Gayle King. The reasons for that decision aside, it does make Oprah's move to put Breonna Taylor, a 26-year-old Black EMT who was shot to death by Louisville, Kentucky police in her own home in March 2020, especially significant.

Explaining the decision, Oprah wrote: "Breonna Taylor. She was just like you. And like everyone who dies unexpectedly, she had plans. Plans for a future filled with responsibility and work and friends and laughter. Imagine if three unidentified men burst into your home while you were sleeping. And your partner fired a gun to protect you. And then mayhem. What I know for sure: We can't be silent. We have to use whatever megaphone we have to cry for justice. And that is why Breonna Taylor is on the cover of O Magazine. I cry for justice in her name."

Taylor's case is currently on-going. As civil rights and police brutality moved to the forefront of national conversations this summer, Taylor's case has been held up as an example of justice not served, and of the disparity in the way Black women are treated in America.