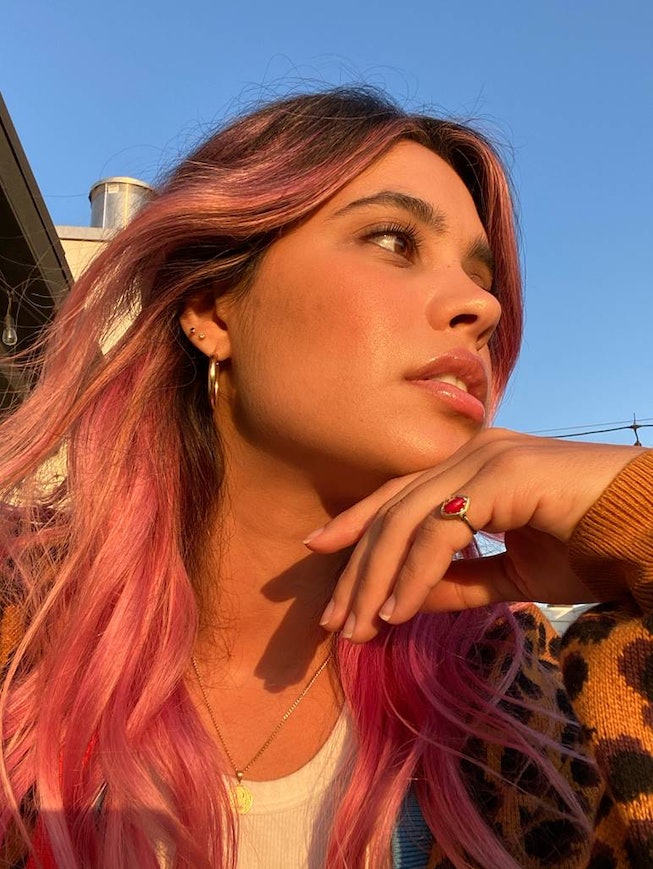 One purpose of art may be to hold a mirror up to society, but it's notoriously difficult to do so in the midst of a situation that society has yet to fully live through, let alone process. COVID-19 has proven especially awkward for creators to tackle, due to not only the physical technical challenges provided by medically necessary social distancing, but by the unpredictable chaos that has come to be a hallmark of our current cultural and political state.

NBC's Connecting, a half hour comedy shot from the perspective of Zoom calls, somehow manages to circumvent both obstacles to tell a truly human story that's also entertaining. By focusing on the (relatively) minor dramas that continue to play out in our day-to-day lives, with the pandemic as the backdrop rather than the main plot point, Connecting gets at the heart of what still matters to us even as so much has been stripped away.

The ensemble cast has remarkably good chemistry considering the circumstances. In the lead role of Annie, a self-described homebody with a serious crush, Otmara Marrero shines. The actress, who most recently starred in coming-of-age drama Clementine alongside Sydney Sweeney (available now on VOD), inhabits the role with ease and grace. Marrero caught up with NYLON after the show's premiere to talk about the challenges of shooting a "corona era comedy," getting to know her castmates virtually, and why Connecting is a time capsule for us all.

Hello! What drew you to this very unique project?

It's very, very unique project. I actually I wasn't impressed when I first got the email for the audition. The first thing I read was "corona era comedy," and for me, it was, 'Oh, it's the past, that's going to date itself.' It just felt like there wasn't really a point in doing it. I didn't even read it, and then my agent was like, "Oh, I think you should read it, the creators are really talented. Read it first and then tell me, you know, if you don't want to do it." My agent was right. It was really smart writing, and really strong and grounded and it just genuinely made me laugh. I met the creators and then I tested for it, and here we are.

What about the script made you change your mind?

I think it was just how it was honest. It felt very reflective of the months that I had spent prior in quarantine, and how I was navigating things with my ex-boyfriend and my friends, and my game night group. I liked how they teeter the line of giving space to laugh at the situation that we're in, but not exploiting the situation that we're in. And I think that they did that in a very classy way, you know, in an honest way, and I think that that's what makes it work.

You're somewhat restricted in movement with the show being shot as though it's on Zoom. How did you approach that as an actor?

It was relatively easy to jump into Annie, just because it's so present, you know, and we're still really in the quarantine. We're still living this. The virus is still very real, there is no vaccine, we're still going through a civil war, it's just very real. There wasn't a lot of deep diving, and you mentioned my restrictions as far as moving, because we're sitting in front of a cell phone. That was probably what took the most adjusting, not being able to move and talk. I feel sometimes us as actors will hide behind opening the refrigerator, or taking a bite of something. We can hide behind that kind of stuff, like busy work.This didn't really have any of that, so that was really challenge. It was just really connecting to my castmates just by listening to their voice. There was a lot of listening involved.

Did you guys do like virtual hangouts as a cast to get to know one another or even just rehearse?

Well, we didn't really have the time because they casted us and then we were shooting a week into it, and we had a bunch of tech meetings, they were teaching us the software and all that stuff. And so, we started a group chat once we knew everyone that was cast. That was our safe space to just really ask questions, get to know each other and send pictures and memes, and whatever we needed to do to build that camaraderie that you usually have on set. And then we'll see each other once a week for table reads within that work. But the group chat, that's what saved us.

How does it work, when you're filming this?

It's so tricky. To be honest, I didn't know what I was signing up for. When I took the job, I was like, I don't know how this is going to work, and I'm doing it in my house? I don't know. But so they set us up, we're on a Zoom call and the director is there, the AD, and all the department heads, and then all our castmates that are in their respective scenes that day. And then each person has an allocated time to set up their camera, to do any set decorating that they need to do, the lights, whatever, all that kind of takes time and you're doing it all yourselves. So, once everyone's settled and they've got they got the shots in place, then we all come together into the spot where the scene is taking place. And we run the scene once via Zoom looking at each other on the Zoom screen, just to get an idea of what the other person is doing, and how they're responding to whatever's going on. And then, we'll start shooting and basically you're looking at an iPhone. We shoot on iPhone 11's and you're looking at the screen, and you're placing all the people on that little lens and you kind of just have to trust each other and feel the vibe.

Yeah, it's a new way of making television. Who knows how long we'll be in this, so it's nice that they figured out a way to still be creative.

Definitely. What do you hope audiences take away from the show, especially given that it's reflecting what we're currently going through?

I just hope that it's cathartic for them. I hope that they can just laugh, and that it's a little bit of a time capsule, and they can just reflect and laugh, and just remember. The show starts two weeks into the quarantine. It feels so far away now from then, which was around March 13th, and it's now October. So I just hope that they get to laugh at that now. It feels like enough time has passed where we can just reflect and be like, 'Wow, look how far we've come.'

Connecting airs on NBC on Thursdays at 8 ET.