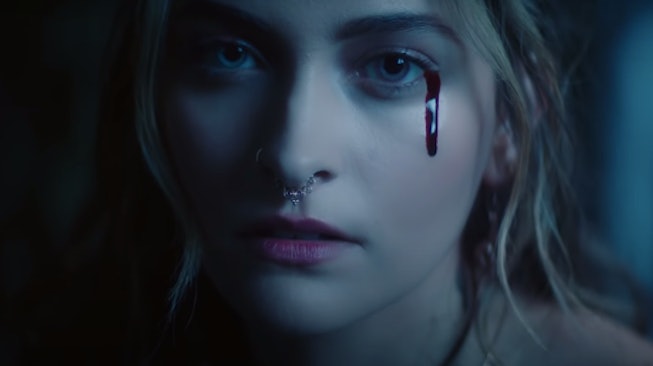 Paris Jackson, daughter of the King of Pop, has been making music for some time now — including as one half of the band The Soundflowers with her former partner Gabriel Glenn. Now, the 22-year-old has released her first solo song, "Let Down," inspired by the couple's split.

The track, which she released at midnight before premiering the below music video, will appear on her forthcoming debut solo album, Wilted, due out November 13.

Jackson told the Associated Press that she started working on the album while processing a painful breakup, describing a broken heart as living with "an aching in your chest."

“I found so much healing through creating this,” she added. “And there are moments where I’ll listen back to certain songs and I’m like, ‘Wow I was so naïve.’ But for the most part, it’s just like so much gratitude and joy that I get from listening to these songs and just seeing the development and the evolution.”

Jackson describes her sound as alternative folk. Watch the video for the ethereal "Let Down" below: