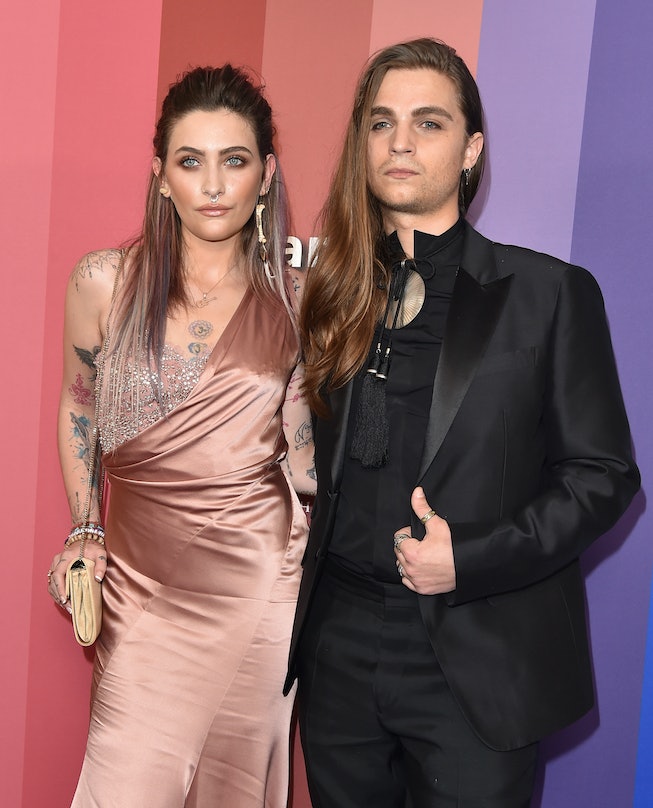 Lately, Paris Jackson has been using her time to go out and protest in support of the Black Lives Matter movement, but before that, the multi-hyphenate was apparently dedicating some time to the band she formed alongside her partner Gabriel Glenn. After teasing fans with previews of new music at a few small club shows last year, the band, which is playfully called The Soundflowers, is gearing up for the release of their self-titled debut EP, which will arrive in a week.

As the daughter of Michael Jackson, one might expect Paris Jackson to go down a similar sonic path with her musical endeavors, but according to a press release, The Soundflowers are not pop at all, but rather blend a sound of "indie acoustic and folk with influences of blues, soul, bluegrass country, and beach reggae."

Produced by Mike Malchicoff (Kanye West, Mark Ronson) and mixed by Rob Kinelski (Billie Eilish, Miley Cyrus), The Soundflowers EP is set to come out next Tuesday, June 23rd, and will feature five brand new tracks. According to the release, the EP will launch alongside new band merchandise, and all net proceeds will go towards funds that directly benefit Black individuals, such as Black Women Lead, Black Voters Matter Fund, and BEAM.

From the looks of it, Jackson has been very busy as of late. In addition to recording new music and protesting against police brutality, the one-time Calvin Klein campaign star somehow also found time to film the upcoming film Habit, which she will appear in alongside Assassination Nation's Bella Thorne, Constantine's Gavin Rossdale, singer Josie Ho, The Florida Project's Bria Vinaite, supermodel Andreja Pejic, and The Kills' Jamie Hince and Alison Mosshart. The 22-year-old will star as Jesus Christ in the film, which follows "a street-smart party girl with a Jesus fetish who gets mixed up in a violent drug deal and finds a possible way out by masquerading as a nun."

No word yet on when Habit is coming out, but in the meantime, you can check out the tracklist for The Soundflowers, which is definitely coming out on June 23rd.

05. Best Version Of Myself