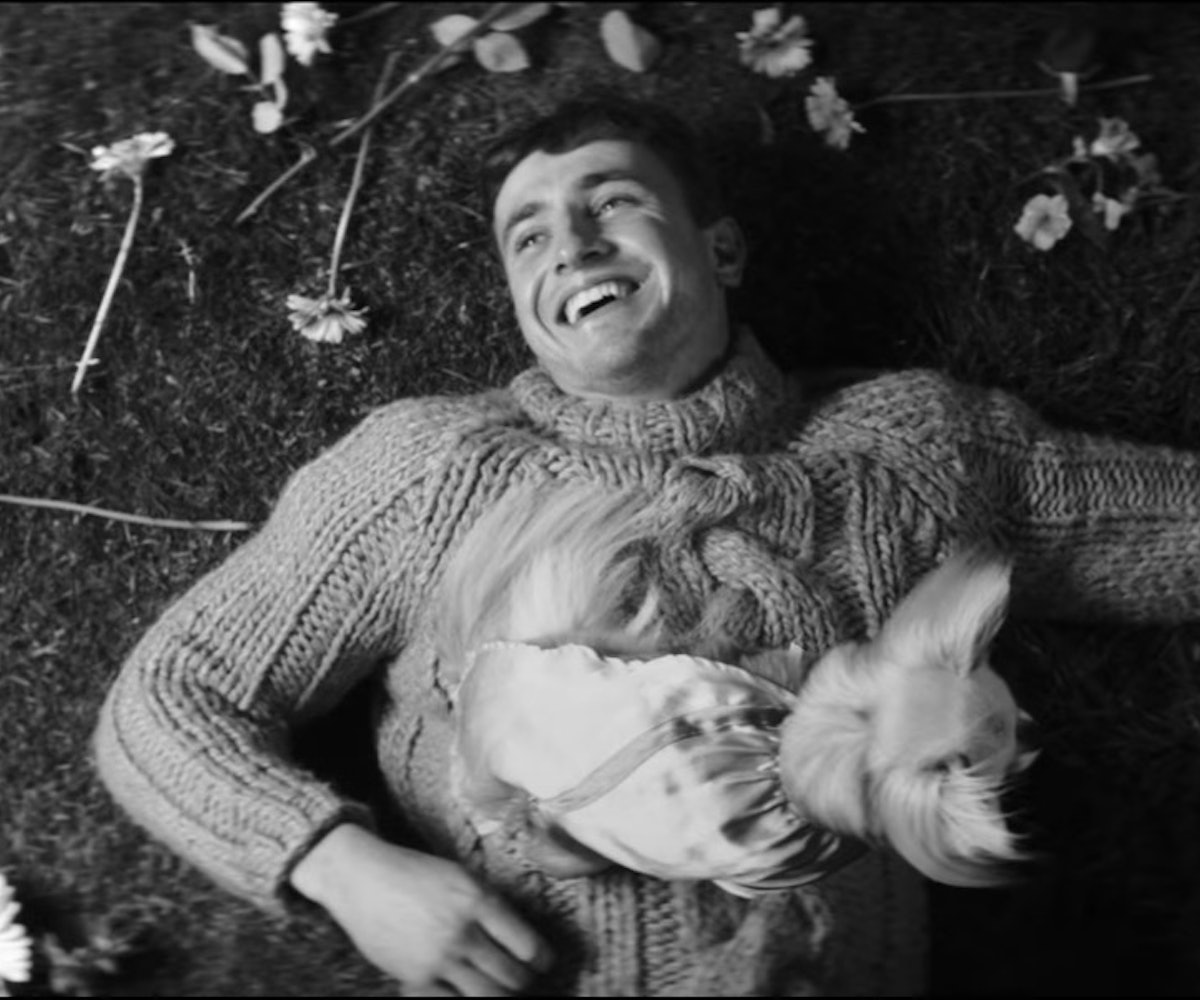 Well, the mystery of what Phoebe Bridgers and Paul Mescal were doing together in Ireland earlier this year has probably, maybe been solved. Turns out that the two friends were just filming a music video, and now the video has been released. Bridgers shared the Mescal-starring video for her song "Savior Complex" on Tuesday, and the Normal People heartthrob is not the only big name attached. Fleabag creator (and name-sharer) Phoebe Waller-Bridge directed the four-minute clip, which plays out in a slow-burn fashion.

The video opens with Mescal sitting alone on a beach and, from the look of the cuts and bruises on his face, he's not having a good day. He's approached by a small chihuahua who ends up following him — and later, maybe haunting him — throughout the rest of the video. After stealing a passing stranger's car, Mescal eventually makes his way to a motel and things start getting weird.

People begin appearing and reappearing outside and inside his room as the video ultimately culminates in an ending that could be read as supernatural, but is probably really just karma getting back at Mescal's past bad behavior — we'll leave that up for you to decide.

And while Bridgers herself does make a couple significant cameos, the real star of the video that left us wanting to know more is that sweet pup, which a press release only names as Charlotte. Give Charlotte an Oscar!

She most recently shared a cover of Merle Haggard's unconventional Christmas tune, "If We Make It Through December" and also partnered with Maggie Rogers for a rendition of "Iris" by the Goo Goo Dolls, a cover that was highly requested by her fans. Subsequently it sold over 28,000 copies in the single day it was available for purchase on Bandcamp, making it one of the best-selling songs that week.

Watch "Savior Complex" on Facebook, and see who Bridgers will be up against for the 2021 Grammys, here.