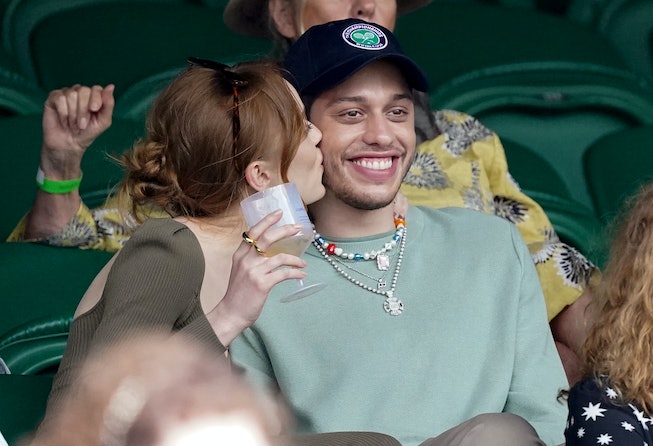 Fans spotted Davidson, 27, and Dynevor, 26, wearing matching couples necklaces back in April. Davidson was seen with a silver “PD” charm around his neck during a segment of The Tonight Show With Jimmy Fallon. Meanwhile, Dwyer donned the same piece in an International Women's Day video.

Shortly after, Davidson said he was with his “celebrity crush” in a virtual Q&A with Marquette University. Then, the couple was photographed cuddling at the Wimbledon Games.

Davidson and Dynevor apparently tried dating long distance, but couldn’t make it work. Dynevor lives in London, while Davidson resides across the pond, in New York. An unidentified source told The Sun UK, “They had fun and will remain close, but unless something drastic changes, their relationship won’t recover.”