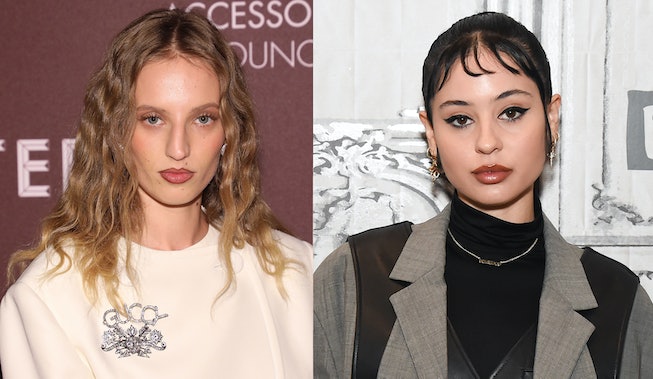 According to Rizzoli, through which the book will be published this fall, “As children, Petra and Alexa were both enamored with fairy tales, which provided an escape from their own painful realities. The two collaborated to write and portray nine characters that embody new stories they would have liked to see. Each of the nine tales is set in unique spaces, ranging from suburban homes and parking lots to fantastical sets. Petra and Alexa’s chapters of elves, mermaids, sirens, water sprites, fallen angels, fairies, witches, and banshees blend their own stories with retold fairy tales. The photos combine elements of camp, prosthetics, and shibari in a surreal update to the imagery of the Brothers Grimm, Hans Christian Andersen, Charles Perrault, and others.”

The book will be published October 5, 2021 and is currently available for pre-order for $45 USD.

Both Collins and Demie have been busy as of late. In addition to starring as troubled cheerleader and glitter makeup icon Maddie on HBO’s Euphoria, Demie is also currently at work on her first EP, while Collins is reportedly currently working on her first feature film, set to shoot sometime in 2021.

This article was originally published on March 25, 2021