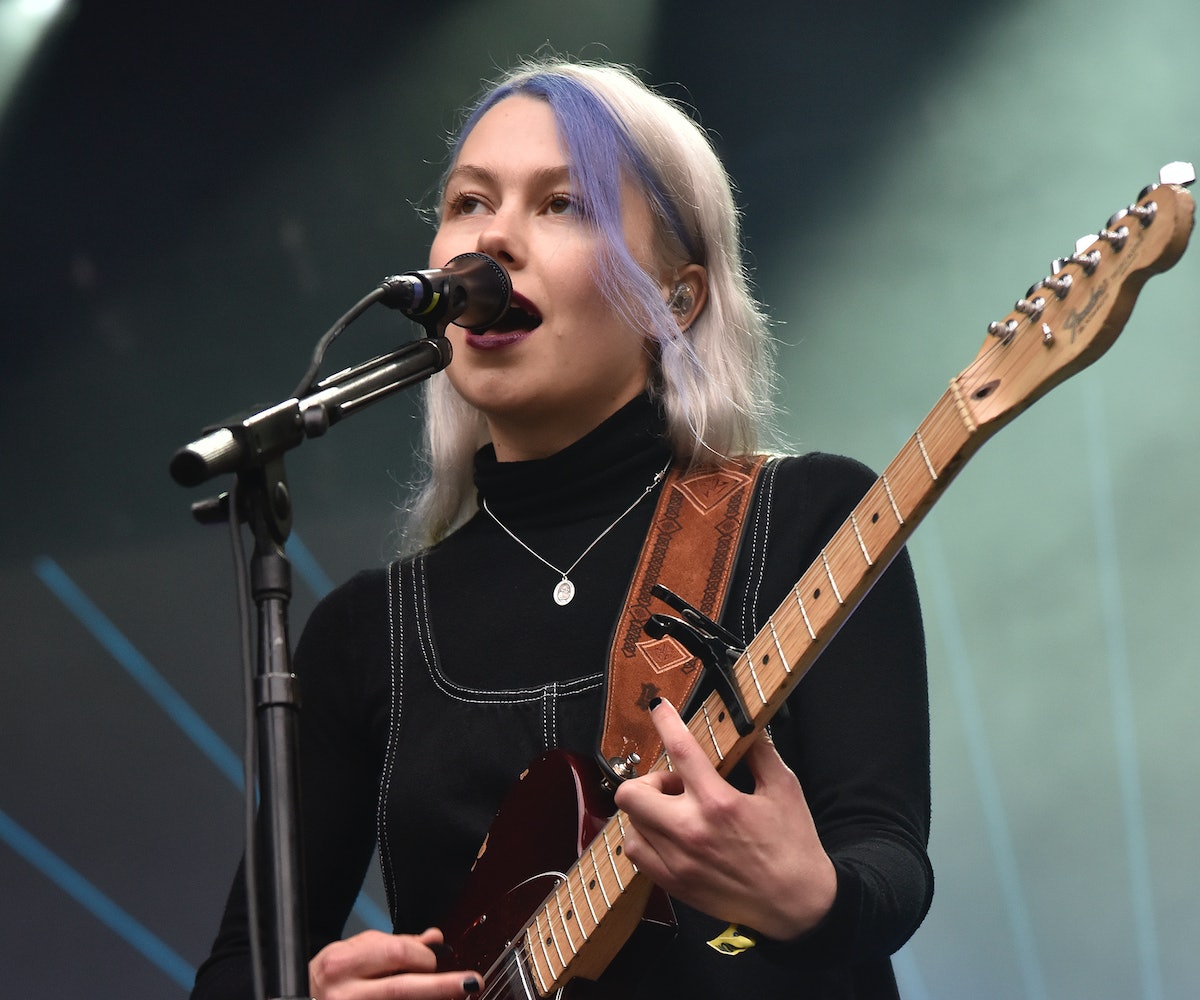 Phoebe Bridgers is the latest in a string of musicians who've spoken out on the recent Marilyn Manson abuse allegations first brought forth by Westworld actress Evan Rachel Wood. Former Manson collaborator and Nine Inch Nails frontman Trent Reznor denounced Manson in a statement on Wednesday, shortly after Limp Bizkit's Wes Borland stated in a Twitch livestream that "every single thing that people have said about him is f*cking true." On Thursday, Bridgers followed suit by sharing her own experiences with Manson when she attended one of his house parties as a teenager.

"I went to Marilyn Manson's house when I was a teenager with some friends," she wrote on Twitter. "I was a big fan. He referred to a room in his house as the 'r*pe room', I thought it was just his horrible frat boy sense of humor. I stopped being a fan. I stand with everyone who came forward."

She continued with a tweet condemning Manson's label, manager, and band, all of whom immediately began distancing themselves from Manson after allegations were brought forth. Loma Vista, Manson's label, dropped Manson from their roster and wiped every sign of him off their website. Manson's longtime booking agent, CAA, followed, as did the show runners on American Gods and Creepshow, both of which were scheduled to have a guest-star appearance from Manson.

"The label knew, management knew, the band knew," Bridgers wrote. "Distancing themselves now, pretending to be shocked and horrified is f*cking pathetic."

Manson himself has denied the allegations, calling them "horrible distortions of reality" in a short statement posted to his Instagram. "Obviously, my art and my life have long been magnets for controversy, but these recent claims about me are horrible distortions of reality," he wrote. "My intimate relationships have always been entirely consensual with like-minded partners. Regardless of how — or why — others are now choosing to misrepresent the past, that is the truth."

On Monday, Wood revealed in a powerful Instagram statement that the longtime abuser she once spoken about (but never named) in a testimony in front of Congress, was ex Brian Warner, professionally known as Marilyn Manson.

"The name of my abuser is Brian Warner, also known to the world as Marilyn Manson," she wrote. "He started grooming me when I was a teenager and horrifically abused me for years. I was brainwashed and manipulated into submission. I am done living in fear of retaliation, slander, or blackmail. I am here to expose this dangerous man and call out the many industries that have enabled him, before he ruins any more lives. I stand with the many victims who will no longer be silent."

Soon after at least three more women stepped forward claiming they had also been abused by Manson. Model Sarah McNeilly wrote, "I was thrown up against a wall and he threatened to bash my face in with a baseball bat he was holding, for trying to get him to pick out a pair of pants prior to a music video."

In 2018, a sexual assault case was brought against Manson citing an incident dating back to 2011, though it was eventually declined by the Los Angeles district judge citing an "absence of corroboration."