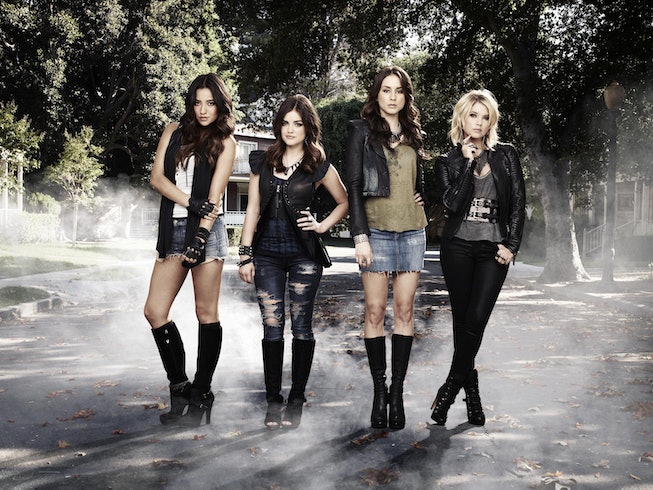 What Hollywood loves more than anything in this twisted world is rebooting a television show when the original is still fresh in people's minds. The forthcoming Gossip Girl series will give us a new generation of petty Upper East Siders within the next year or so, and now, Pretty Little Liars is will also bring a new crew of schemers who are as pretty as they are little.

Riverdale creator Roberto Aguirre-Sacasa and Chilling Adventures of Sabrina writer Lindsay Calhoon are officially on the HBO Max payroll with the new series Pretty Little Liars: Original Sin, which features a fresh group of teenage liars and an anonymous assailant (A, anyone?) terrorizing them for revenge. Aguirre-Sacasa and Calhoon count themselves as huge fans of the original series, and hope to do justice to the Pretty Little Liars universe.

"We’re leaning into the suspense and horror in this reboot, which hopefully will honor what the fans loved about the hit series, while weaving in new, unexpected elements,” the duo said in a statement. There's drama abound — from their parent's 20-year-old secrets, tragic events that almost destroyed their blue collar town of Millwood, and their own private dealings.

If the teaser clip is any indication, viewers and Little Liars alike will be on their toes and on high alert: "It’s not what you think, bitches. -A.” Let the sleuthing begin.

NEXT UP
Culture
6 Shows To Binge Once You've Finished 'The White Lotus'
A Night Out
A Night Out With Rachel Bilson
Culture
Phoebe Dynevor Will Not Return for Bridgerton Season 3
Culture
Succession Season 4 Trailer Explodes With Family Drama
Style + Culture, delivered straight to your inbox.