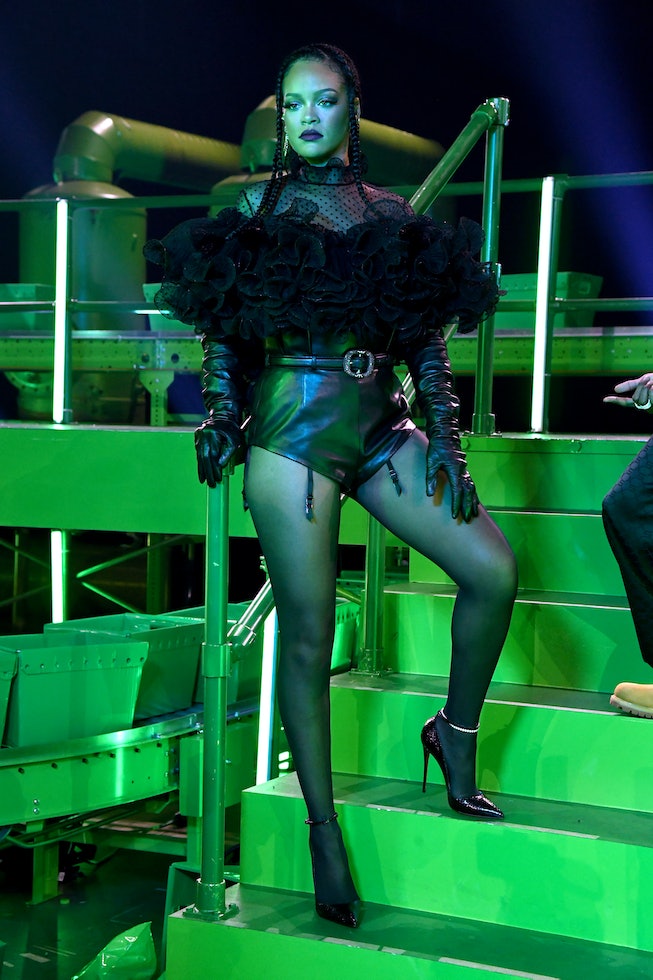 Rihanna always delivers when it comes to her Savage x Fenty fashion shows, but this season's spectacle came with some unexpected controversy. Models danced and stomped the runway to the 2017 track "Doom" by London-based producer Coucou Chloe, which unbeknownst to Rihanna and her team, includes a remix of an Islamic hadith about judgment day.

Hadiths, written records of the sayings and actions of the Prophet Mohammed and those close to him, are considered sacred texts in Islam. The specific hadith audio in the “Doom” sample has been attributed to Kuwaiti imam and Islamic scholar Mishary bin Rashid Alafasy, and references judgement day.

After a weekend of backlash, Rihanna apologized for the oversight and any alienation the song may have caused. "I'd like to thank the Muslim community for pointing out a huge oversight that was unintentionally in our Savage x Fenty show," she began. "I would more importantly like to apologize to you for this honest, yet careless mistake."

Rihanna prides herself and her Fenty ventures on inclusion (hijabi model Halima Aden was in the debut Fenty Beauty campaign back in 2017) and did not take the mistake lightly. "We understand that we may have hurt many of our Muslim brothers and sisters, and I'm incredibly disheartened by this!" she said. "I do not play with any kind of disrespect toward God or any religion and therefore the use of the song in our project was completely irresponsible! Moving forward we will make sure nothing like this ever happens again."

Meanwhile, Chloe also issued an apology, stating that she didn't know the vocal samples were from a hadith and that the song was in the process of being removed from all streaming platforms.