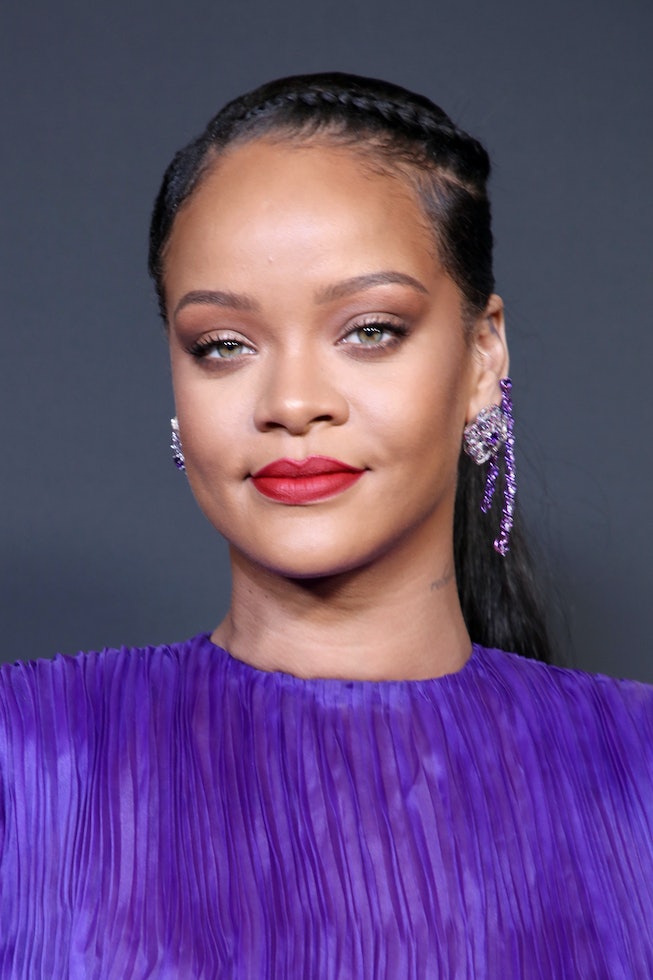 As you already know, Rihanna is a real one. The pop star has never let her celebrity status stop her from being a down to earth, decent human being, which is unfortunately not something that can be said for most famous people. In the wake of Megan Thee Stallion's harrowing shooting, Rihanna was not sharing memes or laughing at the Houston rapper's expense; she instead wished Megan a speedy recovery along with a tasteful pastel bouquet.

Megan shared the note on Instagram alongside a photo of her flexing her modeling chops in a white lace Savage x Fenty bodysuit. "Wishing you a full and speedy recovery, Meg!" read the note. "Just know you've got a whole crew over here sending good vibes your way! Love, Rihanna and the Fenty Corp gang." Science may try to dispute this, but Rihanna's blessing are very likely to expedite any healing process.

The Houston Hottie is recovering after getting shot in both feet, allegedly by rapper Tory Lanez while the two were in his SUV in Los Angeles. While she's been recovering from surgery to remove the bullets, the internet has been straight up callous toward her. The shooting has clearly traumatized Megan, who hopped on Instagram Live to address her feelings about the tasteless memes and jokes that began circulating after news of the shooting broke.

“It’s not funny. There’s nothing to joke about. There was nothing for y’all to start making fake stories about. I didn’t put my hands on nobody. I didn’t deserve to get shot. I didn’t do shit," she explained. "Thank God that the bullets didn’t touch bones. They didn’t break tendons. I know my mama, my daddy, my granny had to be looking out for me with that one ’cause where the bullet hit at, it missed everything. Them motherfuckers was in there. It’s not that I was protecting anybody. I just wasn’t ready to speak. That’s not no shit that you immediately get on the internet and start talking about.”

Beyoncé, who appears on the remixed version of Megan's hit "Savage," also sent some love her way with flowers and a note reading, "Queen, sending you all my love. God bless, Beyonce."

Since everyone is always trying to act like Rihanna and Bey, here's a suggestion: Follow their lead and show some compassion. Just a thought!