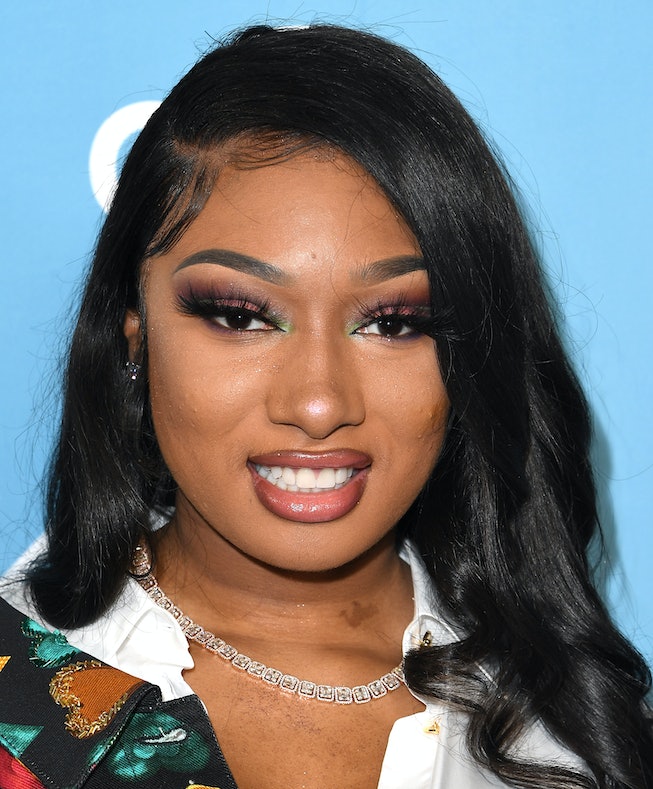 Since the shocking revelation that Megan Thee Stallion was shot hit the internet, one question and one question only has mattered: is Megan okay? The beloved Houston rapper was reportedly in an SVU with Tory Lanez on July 12 in the Hollywood Hills, when she was shot in the foot.

Megan has understandably (and likely, due to legal reasons) refrained from speaking out about the July 12 night, aside from a brief Instagram post clarifying that she was intentionally harmed by the person who shot her, and that she was not arrested, contrary to rumors.

On Monday, though, she took to Instagram Live to speak on her experience, and also to reassure fans that she's doing alright. In the heartbreaking video, Megan says that she was shot in both feet, requiring surgery.

Addressing the many jokes and memes quickly circulated after news of her shooting broke, Meg said, “It’s not funny. There’s nothing to joke about. There was nothing for y’all to start making fake stories about. I didn’t put my hands on nobody. I didn’t deserve to get shot. I didn’t do shit. Thank God that the bullets didn’t touch bones. They didn’t break tendons. I know my mama, my daddy, my granny had to be looking out for me with that one ’cause where the bullet hit at, it missed everything. Them motherfuckers was in there. It’s not that I was protecting anybody. I just wasn’t ready to speak. That’s not no shit that you immediately get on the internet and start talking about.”

Given that Megan is a performer known for her dancing, the potential implications of having been shot in both feet were not lost on fans. The currently lavender-haired rapper thanked her fans, the Hotties, for sending her letters and DMs throughout her recovery, crediting them with helping her get through the dark times she's been experiencing.

The rapper also talked about the emotional strain she's been under, being both in the public eye as a young woman, but also as a woman who recently lost her mother, whom she's often described as her best friend.

"Imagine being 25," she began, about halfway through the Live, "and you don't have both of your parents. My mama was my best friend, I'm still really not over that. So you like, you got to try to fill your space with a bunch of people that you think is making you happy. I just feel like I was moving too fast, I wasn't taking enough time for myself. I thought I was ready to be around a bunch of motherfuckers, I thought I was ready to give good energy to other people, and other people wasn't ready to give good energy to me. But I definitely had to sit my ass down and pray on it, and I do feel a lot better."