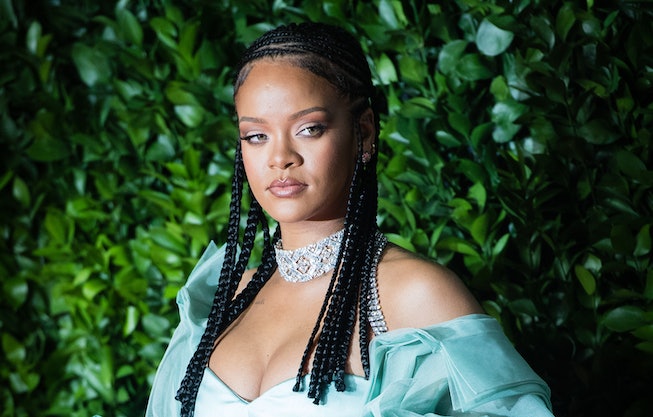 Rihanna has many talents. She’s given us luxury attire, size-inclusive lingerie, and accessible beauty in her name, but what the fans really want, still, is to hear the Bajan queen sing again. Since the release of her critically-acclaimed 2016 album Anti, Rih has been dodging reporters and her Navy fanbase alike, even poking fun at those who can’t seem to bear one more day without new Rihanna music.

But now, as the birds begin to chirp and second vaccine doses start to hit, there’s a glimmer of hope. In a recent Instagram post thanking God and her supporters for the continued success of Anti, the singer responded to one of the many comments demanding new music: “celebrate by releasing a song !!”

“I think I should,” Rihanna replied, with the arrow pointing right/soon emoji. She followed that up with “just 1 tho lol.”

Desperate fans can’t be choosers, so we’ll take it! If Rihanna just wants to release that one perfect summer song, as she’s done so many times before, we’ll gladly accept.

NEXT UP
Entertainment
Who Will Rihanna Bring To The Super Bowl?
Entertainment
Taylor Swift Revealed Another 'Midnights' Track Name
Entertainment
Mariah Carey Will Release Her Secret '90s Grunge Album
Entertainment
Paramore Announces Album 'This Is Why' For February 2023