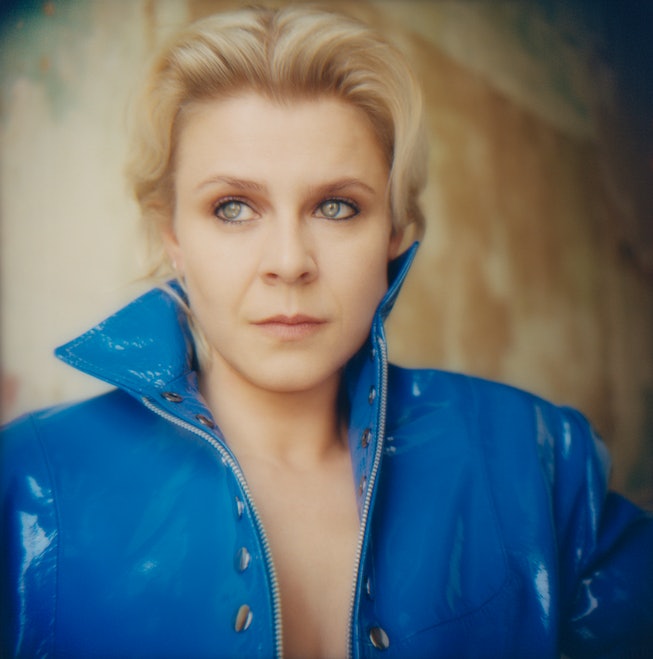 As if it wasn't already painful enough that the prospect of stepping foot into a club is beginning to feel more and more like a distant relic of the past, Robyn, Channel Tres, and SG Lewis have dropped a new song that's somehow managed to make the situation even more excruciating.

Titled "Impact" and released on Wednesday, the track is a bonafide dance-floor smash that's almost enough to make us want to break quarantine and throw a makeshift rave. This is mostly to say that the song succeeds at making every part of your body want to dance, thanks to the magical combination that is Robyn's euphoric vocals alongside Compton DJ Channel Tres' smooth, hypnotic incantations (Britney Spears recently revealed herself to be a fan). SG Lewis' dynamic and retro-leaning production is the sparkling chariot that carries everything in.

"Sam made this instant thing, it's a special skill to make a song that hits you right away the way 'Impact' does," Robyn writes of the single in a press release. "The track just gave me the feels and it wasn't hard to write a chorus to it, especially with Channel's vocals on there already."

The track is off SG Lewis' forthcoming debut album due out later this year. In the few years he's been active, the rising producer has had his fair share notable collaborations, releasing songs with Clairo, Victoria Monet, AlunaGeorge, and more.

"'Impact' is possibly my favorite record I’ve ever been a part of," Lewis added in a press statement. “The chemistry between Channel and Robyn is so powerful, and creates something so unique. Channel is an artist I believe will go on to create a musical legacy as important as the one Robyn has already created, and to have the two of them on this record together is insane[...] I hope it provides some release and euphoria in a time where it’s hard to come by."