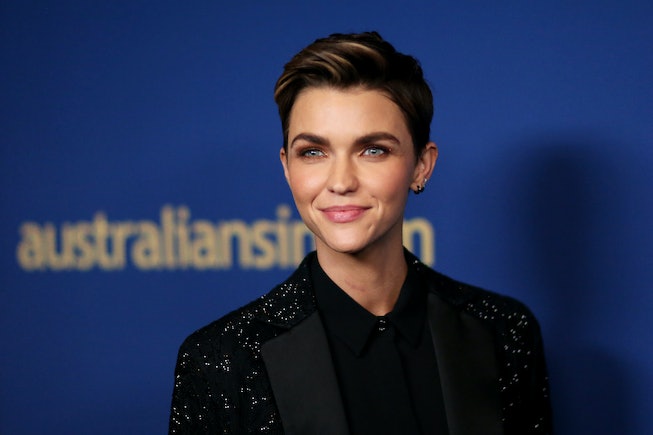 Many excuses have been given for why Ruby Rose left her post as the titular superhero in The CW’s Batwoman series. After opting to exit the project quietly in May 2020, some suggested that Rose left because she couldn’t handle the long hours, causing the actor to step up and clarify that her decision had been motivated by a back injury she suffered from on set in 2019; she claimed she didn’t give herself enough time to recover from it and it backfired. A year later, Rose gave a slightly different account, saying she left due to an allergy to her latex catsuit.

Well, apparently, none of these stories are true — at least not entirely. In what is most likely her final reasoning, Rose took to Instagram Stories today to finally, fully set the record straight — and what she had to say was quite damning for the top brass at The CW and Warner Bros.

“Dear CW, enough is enough. I’m going to tell the whole world what really happened on that set,” she began. “I will come for you so what happened to me never happens to another person again. And so I can finally take back my life and truth. Shame on you.”

Rose didn’t hold anything back during her callout. The actor started by directly naming and addressing former WB chairman and CEO Peter Roth. “Not sure if you left after getting promoted to the highest position because you just couldn’t stop making young women steam your pants around your crotch while you were still wearing said pants or if you left after putting a private investigator on me who you fired as soon as the report didn’t fit your narrative,” Rose said.

The actor also uploaded a video of her in a doctor’s office, where a doctor can be heard talking about her multitude of injuries (which included a cracked rib he deemed “abnormal”). Rose can also be heard talking about the pain she was in. Later, she noted that additional videos exist showing evidence of a “broken neck,” a “broken rib split in two,” and a “tumor.”

Though Rose had previously cited her decision to return to work ten days after the surgery she had.as a main reason for leaving, the actor added today that her decision was made partially because Roth “said he would recast” her if she didn’t return to set quickly. According to Roth, she had “just lost the studio millions (by getting injured on his set).”

Later, she also blamed Roth and the studio for her inability to attend Comic-Con in 2019, stating that “they would not adjust the schedule” to make her attendance possible, but also were unwilling to take responsibility for her absence. The video she ultimately posted, explaining her absence, was by force. “[I was] told if I didn’t do this video they would be silent and people would turn up to find out on the day I wasn’t there,” she said. The studio also required her to cover up the scar she got from surgery because “we don’t want to see that scar on the video.”

Rose’s accusations continue, and the actor eventually brings up Batwoman showrunner Caroline Dries too, blaming her for a lot of the accidents and injuries that happened on set. Some of these include: a crew member getting third-degree burns over his entire body and witnesses not getting therapy despite having seen a man’s skin “fall off his face,” getting sex scenes “without a minute to process,” and losing two stunt doubles. “I got cut in the face so close to my eye in a stunt I could have been blind,” Rose eventually added.

The actor also told the story of a woman who was “left quadriplegic” and subsequently blamed for her own accident because she was on her phone. As Rose specifies, “She’s a PA. They work via phones.” The actor claims that the real reason was because “our show refused to shut down when everyone else did because of COVID.” By the time Batwoman did close, it was “not because [Caroline Dries] almost killed someone, but [because] the government pulled it.”

Rose stated that her intention in speaking up now is not because “work has dried up” (it hasn’t), but because she is “someone who has always tried to do the right thing.” The actor cited Scarlett Johansson’s lawsuit against Disney, all the controversy with Jagged Little Pill, and the current IATSE strike as a few things that eventually inspired her to come forward with her own story.

In the end, however, Rose wanted to get one message communicated: “Please to my dear, dear fans, stop asking if I will return to that awful show,” she stressed. “I wouldn’t return for any amount of money nor if a gun were to my head.” Noting she did not “quit” the role, Rose specified, “They ruined Kate Kane and they destroyed Batwoman, not me. I followed orders, and if I wanted to stay, I was going to have to sign my rights away.”