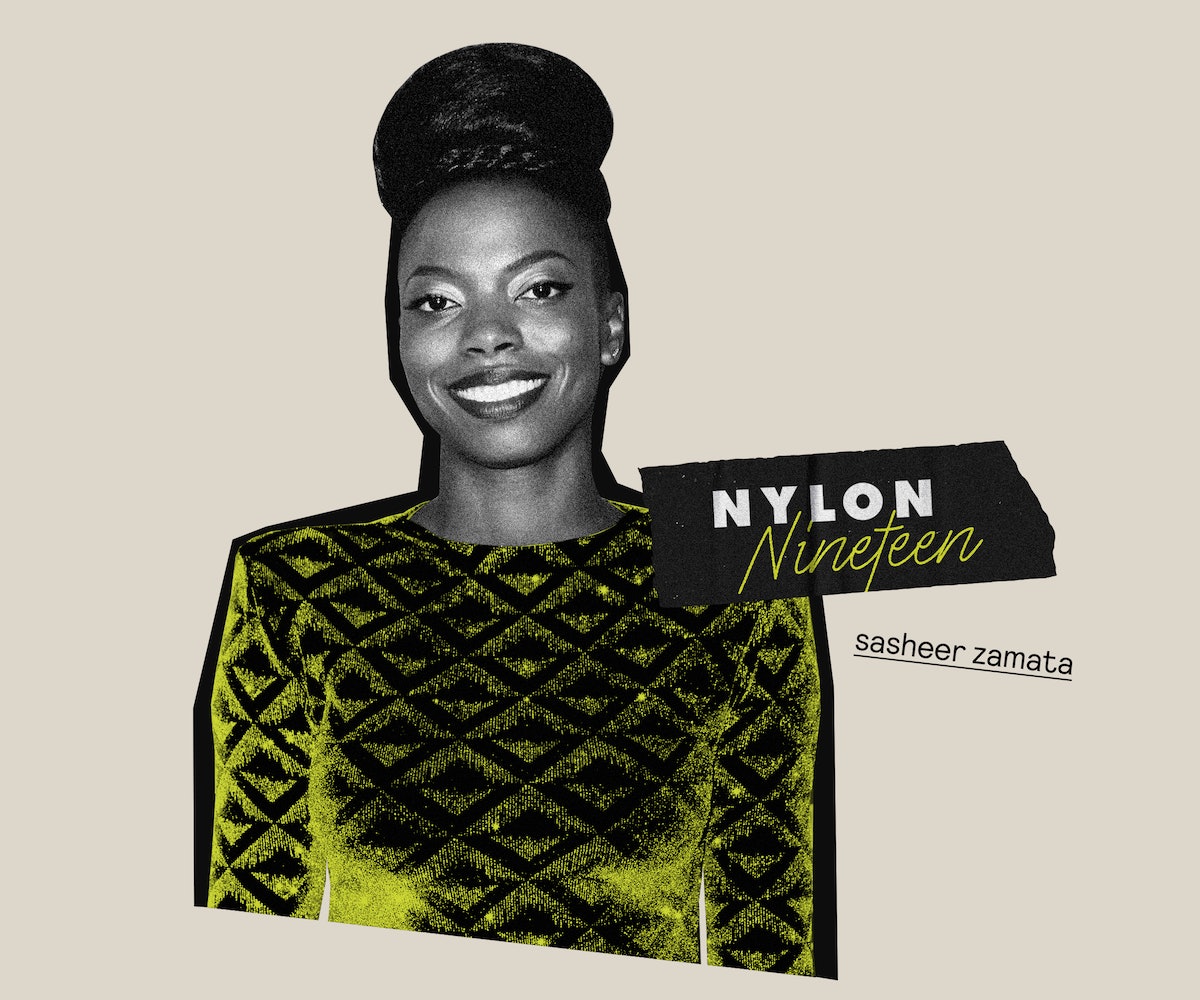 Sasheer Zamata may be best known for her stint on SNL from 2014-2017, but the comedian is branching out into new territory with her role in Spree, a thriller about the dangers of social media starring Stranger Things' Joe Keery.

While Keery plays an increasingly deranged ride share driver hellbent on gaining internet fame at all costs, Zamata plays one of his unlikely victims, who also happens to be a comedian. The film, which also features cameos from Mischa Barton, Frankie Grande and Lala Kent, is now available for streaming.

Zamata is also currently starring in Hulu's Woke, about a cartoonist who is forced to reckon with the impact of race on his life when he has a bad encounter with the police.

Zamata sat down to do the NYLON Nineteen questionnaire, and revealed some illuminating facts, including her adolescent prescience on the bodysuit trend and her support of the #FreeBritney movement.