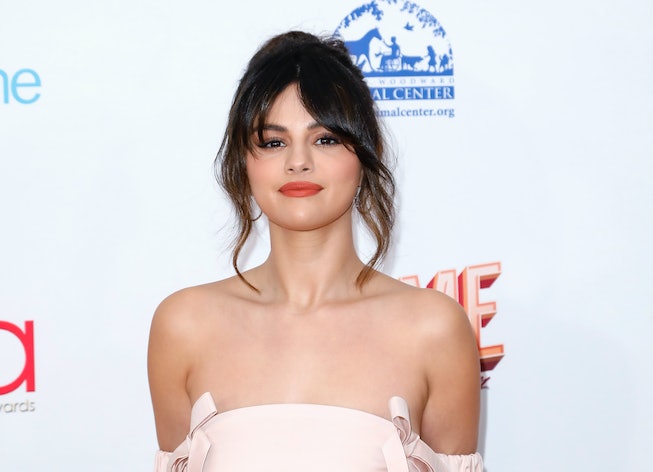 Selena Gomez could be on her way to being a horror movie icon. The singer and actress is eyeing a lead role in the forthcoming horror flick Dollhouse, set in New York City's elite and exclusive fashion scene.

Gomez would be hyper involved in Dollhouse, and is also taking on a producer role, along with Shawn Levy and Dan Cohen of 21 Laps. “Selena’s involvement is an exciting direction for this project. She is supremely talented as both a star and a producer,” said STXfilms Motion Picture Group chairman Adam Fogelson. “Teaming Selena with Shawn and Dan’s expertise in the horror-thriller genre will elevate Dollhouse and we couldn’t be more thrilled by the way this is being developed.”

Gomez's on-screen schedule is quickly filling up. Along with Dollhouse, she premiered her quarantine cooking show Selena+Chef on HBO Max, and is also set to star alongside old-school comedy heavyweights Steve Martin and Martin Short in Hulu's Only Murders in the Building, which will allegedly begin filming this month in NYC.

The show's premise is as quirky as you'd expect with Martin and Short as starring roles. "It’s about three people who live in one of those upscale apartment buildings in New York. They see each on the elevator, they kind of nod, but they never really speak. They don’t even know each other’s names," explained Short to The Daily Beast back in August. "And then you find out that each one of them goes to their individual apartments and just turns on true crime and obsesses. And then one time they’re in the elevator with this fourth person. And they find out that fourth person is killed and they’re determined to solve it. But they make a pact: only murders in the building will they solve. Because they can’t be bothered to go outside.”