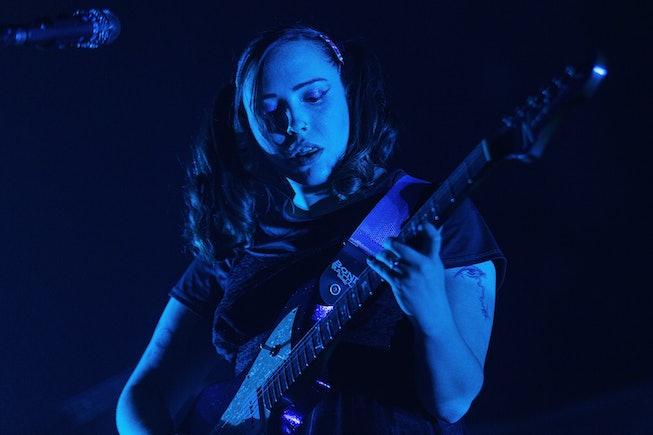 Nature is healing, and you already know what that means — musicians are once again hitting the road on tour. Artists who released albums during the sustained chaos of 2020 are finally getting the long-awaited live music stage time they deserve, and among them is rising rocker (and former NYLON It Girl) Soccer Mommy.

On Tuesday, Soccer Mommy, aka Sophia Allison, announced her U.S. headline tour in support of her critically acclaimed sophomore record, color theory. The tour is set to kick off in September of this year, and also boasts some of the biggest venues of Allison’s career, including New York’s Brooklyn Steel on September 21 and Los Angeles’ Fonda Theatre on October 28. The tour kicks off in Atlanta on September 15, takes Allison across the U.S. and parts of Canada, wrapping up in St. Louis on November 9.

Diehard Soccer Mommy fans with tickets from her postponed tour can rest easy. With the exception of a few venue changes and new additions, many of the shows were postponed from March 2020, meaning all previously purchased tickets will be honored. Allison is also also bringing along fellow indie angels SquirrelFlower and Emily Reo along for the ride, with SquirrelFlower providing support on the first leg of the tour and Emily Reo joining in on the second half.

Purchase tickets here, see the tour dates below, and read NYLON’s It Girl interview with Allison while you’re at it.