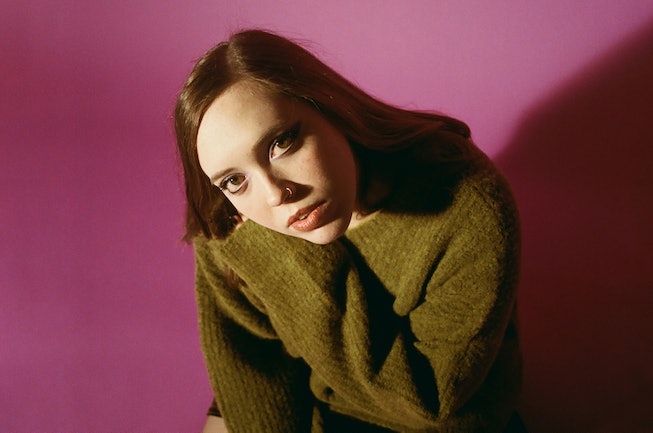 The upcoming project will be the Nashville musician’s third studio album and follows the release of her acclaimed 2019 sophomore record, Color Theory. To kick off the new chapter, Soccer Mommy’s frontwoman Sophie Allison has unveiled the project’s lead single, “Shotgun,” a grimy and gritty track that feels like a hardened version of the streaky indie rock from the NYLON It Girl’s previous releases.

Over the track’s assertive opening guitar riffs, Allison sings about kissing someone who tastes of “coffee and menthol,” before the song brightens up on the chorus as she declares, “Whenever you want me, I’ll be around, I’m a bullet in a shotgun waiting to sound.” The diaristic and bedroom spirit of Soccer Mommy is clearly still there, but it’s seemingly undergone a darker evolution.

Of the track, Allison says in a press release: “‘Shotgun’ is all about the joys of losing yourself in love. I wanted it to capture the little moments in a relationship that stick with you.”

It arrives alongside a Kevin Lombardo-directed music video, which finds Allison playing the song inside what looks to be her childhood bedroom, though by the video’s end the camera zooms out and reveals it to just be an elaborate filmset — perhaps another indicator of the mature themes the upcoming project will lean into.

Alongside the album’s announcement, Allison has also unveiled new tour dates in support of the the upcoming record in the U.K. and Europe. The shows will kick off in August in Nottingham, U.K., and take her to cities in Germany, Sweden, Belgium, France, and more. Tickets for the new shows are on sale now. U.S. dates are expected to be announced soon.

Read on for Soccer Mommy’s full tour schedule, and the full tracklist for Sometimes, Forever.