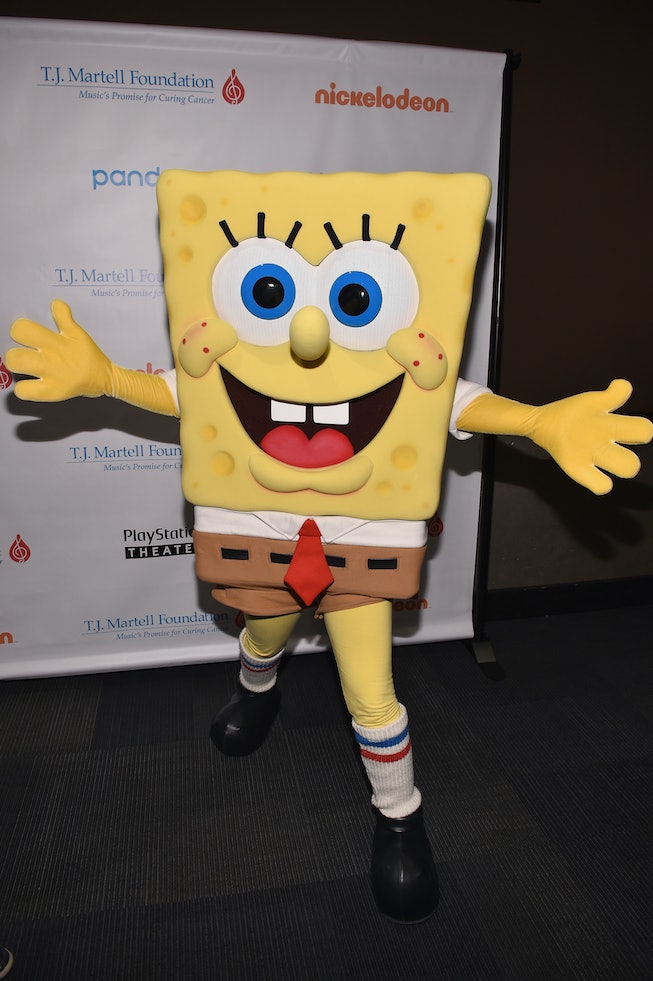 For decades, queer people have claimed SpongeBob SquarePants, the titular talking sponge from Nickelodeon's long-running hit series, as one of our own. From his perpetually perky demeanor to his very close relationship with male best friend Patrick Star, SpongeBob has always exuded the essence of someone who fell comfortably in the middle of the Kinsey scale. Like The Babadook or Sesame Street's Bert and Ernie, we've always read in between the lines to determine SpongeBob's queerness. We never really needed confirmation that our favorite jellyfisher was into other talking sea-folk of the same gender, but now we have it, as Nickelodeon seemed to confirm as much in a tweet celebrating Pride Month.

"Celebrating #Pride with the LGBTQ+ community and their allies this month and every month," the tweet read with a rainbow emoji tacked on at the end. The tweet included pictures of SpongeBob; Schwoz Schwartz from Henry Danger, whose actor Michael D. Cohen publicly came out as transgender in 2019; and Korra of The Legend of Korra fame, who was confirmed bisexual by the show's creators back when the series ended in December 2014.

Almost immediately, the internet erupted with applause and I-told-you-so's. "SPONGEBOB GAY" skyrocketed to the top of trending topics, causing one user to joke, "i love that it's not even 'spongebob IS gay' everyone went so feral so quick that it's just SPONGEBOB GAY." Other users resurfaced screenshots from the show that have long been used as evidence of SpongeBob's queerness, particularly one showing the Sponge and Patrick slyly grinning at each other while both extending out their exaggeratedly limp wrists. "THIS PIC HAS ONLY GOTTEN MORE POWERFUL," said Twitter user @kidlcki.

But, as someone was quick to point out, Nickelodeon's tweet referred to "the LGBTQ+ community and their allies," meaning that SpongeBob could merely be an ally, and not an actual member of the queer community, after all. It's certainly an interesting theory, particularly since the other two characters included in Nickelodeon's tweet have both been explicitly confirmed as queer in one way or another. Still, in our hearts, we all know that SpongeBob, who enjoys singing songs about having fun with his "best friend," is one of us.