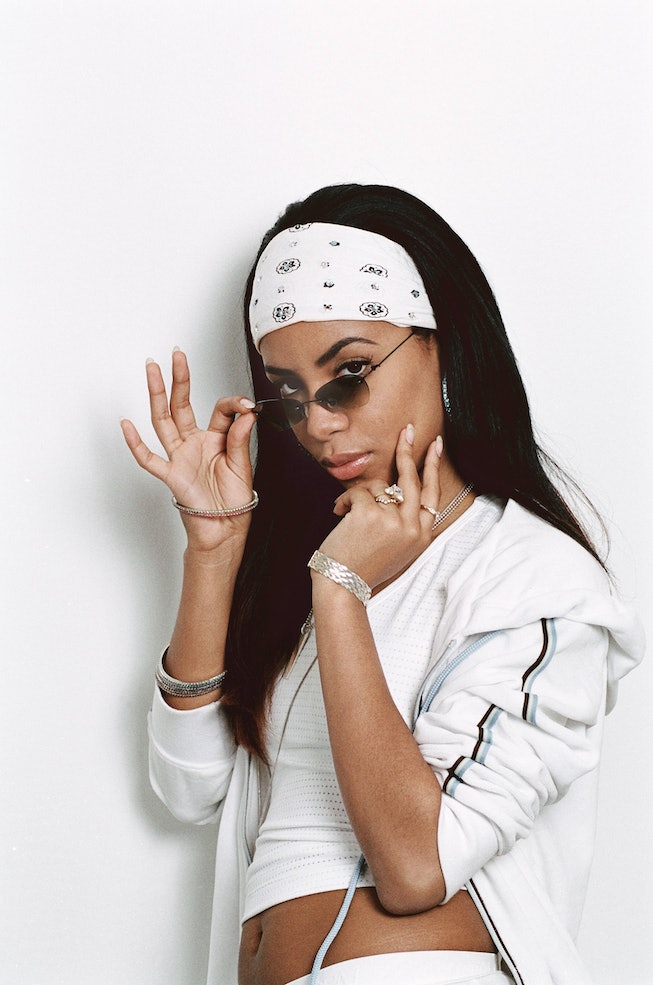 Every now and then, I find myself wanting to jam to "We Need a Resolution" or "One in a Million" (or "Rock the Boat" or "4 Page Letter") only to remember that, damn, Aaliyah's discography is nowhere to be found on streaming services. Despite the late singer's immense popularity (as well as the lasting impact her singular style has clearly had on some of today's most popular artists), Aaliyah's music — save for her R. Kelly-produced debut Age Ain't Nothing But a Number (I know...) — has never been available to stream online. But that could all be changing very soon. According to a statement released today, conversations about the availability of Aaliyah's music on streaming platforms are now underway.

This should come as very exciting news for fans of the multi-talented performer, who also acted in Romeo Must Die and Queen of the Damned in addition to her work as a musician. It's been almost two decades since she and eight others tragically died in a plane crash. The singer, who got her start in the music industry after appearing on the popular talent competition show Star Search, was only 22 at the time.

In an "official message from the Estate of Aaliyah Haughton" posted to the late singer's Twitter account earlier today, a spokesperson made the announcement. Addressed "To Our Loyal Friends," they wrote, "We are excited to announce that communication has commenced between the estate and various record labels about the status of Aaliyah's music catalogue, as well as its availability on streaming platforms in the near future. Thank you for your continued love and support. More updates to come!"

For now, there is no word on when we can expect those updates. But any time is a good time to finally be able to access the ahead-of-its-time Timbaland-produced genius of her 1996 sophomore album One in a Million and her 2001 self-titled classic Aaliyah. I've waited decades. What's a few more months?

Check out the game-changing announcement below.

NEXT UP
Culture
The Biggest Revelations From The Price Of Glee Docuseries
Culture
Netflix Is Seriously Cracking Down On Sharing Passwords
Culture
Phoebe Dynevor Will Not Return for Bridgerton Season 3
Culture
Succession Season 4 Trailer Explodes With Family Drama
Style + Culture, delivered straight to your inbox.